Short Film 'IN THE VISIBLE' Is Now Available On YouTube

LOS ANGELES, April 22, 2021 /PRNewswire/ -- Short documentary film IN THE VISIBLE is now available on YouTube. Director Natasha Lee and Producer Lucia Tran assembled an all-volunteer, all Asian American Pacific Islander (AAPI) identifying crew in the days following the March 16, 2021, mass shooting of six AAPI victims in Atlanta, GA.Â Through the AAPI documentary subjects telling of their unique experiences of life in America, Lee and Tran look to dispel the 'model minority' myth and perception that those of AAPI descent belong to a monolithic culture.Â Furthermore, Lee and Tran see IN THE VISIBLE as a tool in the ongoing fight against white supremacy and the erasure of BIPOC American experiences from the American experience. 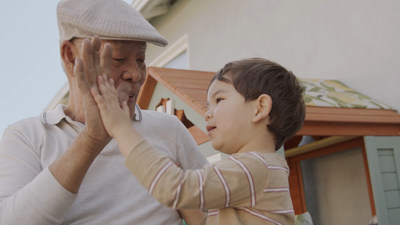 "Time and again we've seen the misportrayal of Asian Americans and other BIPOC on screen, and time and again we accepted it for what it was," said Lee. "But Vicha Ratanapakdee's death [by fatal assault in San Francisco on Jan. 28, 2021]Â  made me see that it was time to reclaim our voice and tell our own stories. IN THE VISIBLE is about taking space and refusing to be invisible. Our many shades and cultures make us beautiful and vital to this life."

"We've pledged allegiance to this country, and being indivisible applies to ALL of us," said Tran. "Storytelling is step one in the process of addressing injustices, not just for our community. We join with other BIPOC creators to challenge the marginalizing and diminishing of our cultures, and the systematic, destructive manipulation by white supremacy of the AAPI community against other BIPOC communities as a 'model minority.'"

Watch IN THE VISIBLE now at https://youtu.be/tCkpkvuQTwgÂ

SOURCE In The Visible film