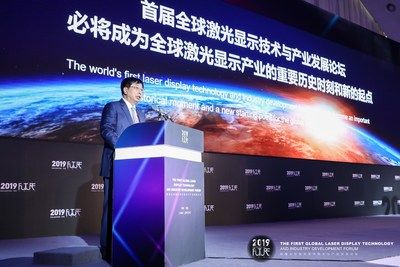 According to Mr. Zhou, laser TV has the following five evident advantages. First, laser TV is featured by its luminescence of reflection imaging, which has a positive effect on eye health and protection. The evaluation results obtained by China National Institute of Standardization suggest that the visual comfort in watching laser TV is more than 20% better than that of paper reading Second, laser display not only features an extremely high spectral purity and a function of accurate color reproduction, but also boasts the best performance in color expression. In this regard, the laser display possesses an unsurpassable advantage. Third, laser TV has the unique advantages of energy conservation and environmental protection. The power consumption of laser TV is slightly higher than a third of that of the LCD TV. Fourth, compared with other displays with the same screen size and performance index, laser displays are more economical and can better meet consumers' demand for larger screen. Fifth, in comparison with LCD and OLED panels featuring huge energy consumption and millions of investment, laser displays need less investment and shorter industrial chain. As as long as there is better growth of quantity, labor and other costsÂ  will be significantly reduced, which bespeaks a bright future for laser TV. 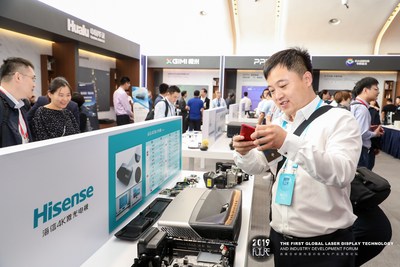 So far, China has applied for and authorized more than 7,000 laser display patents, accounting for more than 50% of the world's total. China has been selected as the convener of IEC-TC110 laser display working group, leading and participating in the development of a number of IEC international standards, and the industrial landscape of laser TV has basically taken shape. 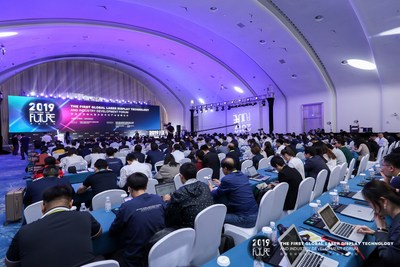 Since Hisense launched the world's first 100-inch laser TV in 2014, the resolution of Laser TV has advanced from 2K to 4K, the illumination source has been improved from monochrome to two-color to three-color, and the size of TV has developed from 100-inch to 300-inch and then to 75-inch. In only five years, from one product to one industry, from one company to a group of companies, laser TV has shown huge market potential and technological vitality. Today, more than 20 global complete-machine companies including LG and Changhong have also embarked on developing laser TV, and the number of companies from both upstream and downstream industrial chains has exceeded 100, including Texas Instruments, Ricoh. Nichia, and DNP.