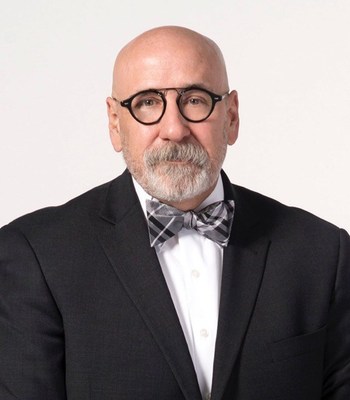 In this role, Dr. Durnil will lead all aspects of the Bee's year-round educational program and will build additional opportunities for the iconic and mission-focused brand to connect with and inspire audiences across the country.

Durnil, 59, has more than 35 years of professional experience in leading teams and charting operations across nonprofit, educational and media-based organizations, with a track record of bettering communities through diversity and philanthropic initiatives.

"Michael is a seasoned, entrepreneurial executive with a proven track record leading mission-oriented teams, a deep understanding of the media landscape and the leadership acumen to help steward the global brand of the Scripps National Spelling Bee," said Scripps President and CEO Adam Symson. "His commitment to educational causes and his work with highly diverse and geographically distributed communities make him a great fit for Scripps. We see many opportunities ahead for the Bee program under his leadership."

Durnil served most recently as president and chief executive officer of the Simon Youth Foundation, an Indianapolis-based nonprofit committed to helping at-risk kids graduate and pursue their dreams through education. He launched a strategic framework that drove growth and national recognition for the organization's scholarships and other programs. In his more than 10 years with the organization, his entrepreneurial leadership helped the nonprofit become more responsive to the diverse communities it served while also increasing the diversity of its board of directors.

"The Scripps National Spelling Bee is a timeless brand, having engaged and inspired audiences for many decades," said Durnil. "I am looking forward to joining the talented teams at Scripps to continue such a beloved tradition as we build the brand to reach new audiences across the country, and in support of the Scripps mission to create a better-informed world."

From 2008 to 2010, Durnil served in executive leadership roles for the Gay & Lesbian Alliance Against Defamation (GLAAD), a national media, education and culture advocacy organization. He served as interim president and senior vice president, roles that had responsibilities as chief operating officer, chief financial officer and chief diversity officer. He also served as executive producer of the international GLAAD Media Awards.Â

Durnil holds a bachelor's degree in biological sciences and a Master of Science from Illinois State University. He holds a doctor of philosophy in educational leadership from Loyola University Chicago. Durnil earned a post-doctoral certificate in educational management from Harvard University and has served as a Fellow of the American Council on Education since 2004.

He serves on several national and regional boards and volunteers for a variety of organizations, including the American Council on Education, the Jewish Federation of Greater Indianapolis and the Indianapolis Opera. He and his husband, Lynn Burnside Smith II, will move from Indianapolis to Cincinnati, home to the Scripps National Spelling Bee and Scripps' corporate headquarters.

The Bee recently announced its plans to host the 2021 Scripps National Spelling Bee at the ESPN Wide World of Sports Complex at Walt Disney Resort near Orlando, Florida. For more information, visit spellingbee.com.

About ScrippsThe E.W. Scripps CompanyÂ (NASDAQ: SSP) is a diversified media company focused on creating a better-informed world. As the nation's fourth-largest local TV broadcaster, Scripps serves communities with quality, objective local journalism and operates a portfolio of 61 stations in 41 markets. The Scripps Networks reach nearly every American through the national news outlets Court TV and Newsy and popular entertainment brands ION, Bounce, Grit, Laff and Court TV Mystery. Scripps is the nation's largest holder of broadcast spectrum. Scripps runs an award-winning investigative reporting newsroom in Washington, D.C., and is the longtime steward of the Scripps National Spelling Bee. Founded in 1878, Scripps has held for decades to the motto, "Give light and the people will find their own way."