ATLANTA, April 15, 2021 /PRNewswire/ --Â A political activist who is known internationally for her ongoing work to combat all forms of oppression in the U.S. and abroad andÂ the first African woman writer to have a play on Broadway, will address graduates during Spelman College's commencement celebrations for the classes of 2020 and 2021 in separate, in-person ceremonies on May 16, 2021.Â 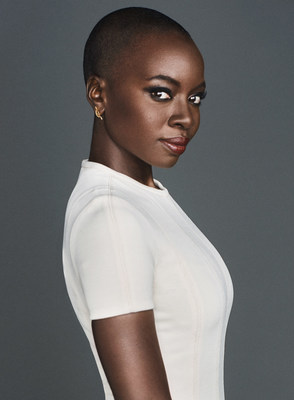 Tony-nominated playwright and actress Danai Gurira, best known for her roles as General Okoye in Marvel's 2018 Academy Award-winning blockbuster film "Black Panther" and Michonne in the AMC series "The Walking Dead"Â will deliver a keynote address to the class of 2020 during Spelman's 133rd Commencement ceremony atÂ 9:30 a.m., Sunday, May 16, at Bobby Dodd Stadium.Â

"The COVID-19 pandemic presented the graduating classes of 2020 and 2021 with a set of obstacles unlike any other, and they have proven that they were up to the task," said Mary Schmidt Campbell, Ph.D., president of Spelman. Â "Although their lives were essentially put on pause, these two classes displayed resilience and courage, and thrived despite the tremendous challenges presented by the pandemic. We are excited to celebrate this milestone with our stellar graduates and their families."

Due to closures related to the coronavirus pandemic, graduation celebrations for the class of 2020 were postponed until this year. Both ceremonies will take place rain or shine, and follow masking and physical distance guidelines in accordance with current COVID-19 restrictions to ensure the health and safety of graduates and guests.Â

Davis' leadership in addressing seminal equity and social justice challenges spans more than 50 years. Now a distinguished professor emerita in the Division of Humanities at the University of California Santa Cruz, she gained national attention in 1969 after being removed from her teaching position in the Philosophy Department at UCLA as a result of her social activism and her membership in the Communist Party.Â

In 1970, she was placed on the FBI's Ten Most Wanted List on false charges and was the subject of an intense police search that drove her underground and culminated in a trial that received global attention. During her 16-month incarceration, a massive international "Free Angela Davis" campaign was organized, leading to her acquittal in 1972.Â Over the last 25 years, Davis has lectured aboutÂ racism, sexism, terrorism, LGBTQ rights, immigration, feminism, and the criminal justice systemÂ in all 50 states, as well as in Africa, Europe, the Caribbean, and the former Soviet Union. Named Time Magazine's Woman of the Year in 1971 and a member of the National Women's Hall of Fame, she has written articles and essays that have appeared in numerous journals and anthologies. Davis is the author of nine books, including "Angela Davis: An Autobiography," and a new edition of "Narrative of the Life of Frederick Douglass, an American Slave."

For her role in "Black Panther," Gurira won a People's Choice Award, an NAACP Image Award and a shared SAG Award for Outstanding Performance by a Cast/Motion Picture. Later that year, she reprised her role in "Avengers: Infinity War" and again in "Avengers: Endgame," which went on to become the No.1 top grossing film in history.Â

Born in Iowa to Zimbabwean parents and raised in Zimbabwe, Gurira holds a master's degree in fine arts from New York University's Tisch School of the Arts.Â Despite her tremendous success as an actress and playwright, Gurira still finds time to help those in need. With a personal dedication to effect tangible change in gender equality and push global leaders toward real policy transformation, she is founder of Love Our Girls, which spotlights specific challenges faced by women. She co-founded of Almasi Arts Inc.,Â an arts collaborative established to professionalize the dramatic arts industry in Zimbabwe through education, facilitation and collaboration with professional American dramatic artists and artistic institutions.Â In 2018, Gurira was appointed United Nations Women Goodwill Ambassador.Â

Pearl Cleage, C'712021 National Community Service Award RecipientSpelman alumna Pearl Cleage, the first poet laureate of the City of Atlanta, is a well-known writer and playwright whose works include three novels, a dozen plays, two books of essays and a book of short fiction. Having spent the past several years as a playwright-in-residence at the Alliance Theater in Atlanta, Cleage is the author of "What Looks Like Crazy On An Ordinary Day," which was an Oprah Book Club pick and spent nine weeks on The New York Times bestseller list.

Congresswoman Alma S. Adams, Ph.D.Â 2020 National Community Service Award RecipientAlma S. Adams, Ph.D., was elected to her fourth full term representing the 12th Congressional District of North Carolina on Nov. 3, 2020. After winning a special election in November 2014, Rep. Adams was sworn in immediately as the 100th woman elected to the 113th Congress. Her signature legislative accomplishment in Congress is the enactment of H.R. 5363, the Fostering Undergraduate Talent by Unlocking Resources for Education. The FUTURE Act permanently provides funding, totaling $255 million a year for all minority-serving institutions, including $85 million for HBCUs.

Rev. Eboni Marshall Turman, Ph.D.Virtual Baccalaureate Service3 p.m., Saturday, May 15Â Rev. Turman is an assistant professor of theology and African American religion at Yale University Divinity School in New Haven, Connecticut. A first-career concert dancer and ordained National Baptist preacher, her research interests span a variety of 20th century U.S. theological liberalisms, most especially Black and womanist theological, social ethical and theo-aesthetic traditions. She is the youngest woman to be named assistant minister of the historic Abyssinian Baptist Church in New York City (2002-2012), and the second woman to preside over ordinances in its 210-year history.

About Spelman CollegeFounded in 1881, Spelman College is a leading liberal arts college widely recognized as the global leader in the education of women of African descent. Located in Atlanta, the College's picturesque campus is home to 2,100 students. Spelman is the country's leading producer of Black women who complete Ph.D.s in science, technology, engineering and math (STEM). The College's status is confirmed by U.S. News & World Report, which ranked Spelman No. 54 among all liberal arts colleges, No. 19 for undergraduate teaching, No. 4 for social mobility among liberal arts colleges, and No. 1 for the 14th year among historically Black colleges and universities. The Wall Street Journal ranked the College No. 3, nationally, in terms of student satisfaction. Recent initiatives include a designation by the Department of Defense as a Center of Excellence for Minority Women in STEM, a Gender and Sexuality Studies Institute, the first endowed queer studies chair at an HBCU, and a program to increase the number of Black women Ph.D.s in economics. New majors have been added, including documentary filmmaking and photography, and partnerships have been established with MIT's Media Lab, the Broad Institute and the Army Research Lab for artificial intelligence and machine learning. Outstanding alumnae include Children's Defense Fund founderÂ Marian Wright Edelman, Walgreens Boots Alliance CEOÂ Rosalind Brewer, political leaderÂ Stacey Abrams, former Acting Surgeon General and Spelman's first alumna presidentÂ Audrey Forbes Manley, actress and producerÂ Latanya Richardson Jackson, global bioinformatics geneticistÂ Janina JeffÂ and authorsÂ Pearl CleageÂ andÂ Tayari Jones. For more information, visitÂ www.spelman.edu. 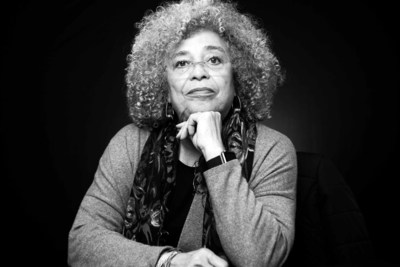