In each episode, listeners will solve short puzzles and riddles with the loveable star of Cut the Rope games and "Om Nom Stories" web series, Om Nom. Kids and parents will try to figure out where Om Nom is hiding based on the sounds that he makes, share treats with him and his friends based on their preferences, determine which instrument went missing from their band, and much more. Five themed episodes roll out each week, and the riddles get progressively harder each day.

Amy Kraft, Director of Development and Children's Programming at Pinna leapt at the challenge of bringing Om Nom into the audio space, stating, "We set out to capture the same leveling up magic of the Cut the Rope games and hilarity of Om Nom animations to give kids a whole new way to play in our bite-size podcast."

"Here at Pinna we pride ourselves on partnering with like-minded entertainment companies such as Zeptolab and we're excited for families to experience the new Om Nom Noms series," saidÂ Maggie McGuire, CEO of Pinna. "The same excitement kids have playing Zeptolab games and watching Om Nom Stories comes to the Pinna listening experience with this new, innovative gamified podcast thatÂ taps into kids' critical thinking and problem solving skills as they listen and play alongside Om Nom by solving 2-3 minute riddles with the beloved Cut the Rope and Om Nom Stories character. KidsÂ and parents alike will be left captivated, entertained, and maybe even a littleÂ  puzzled as they giggle and work their way through each episode. It's an absolutely delightful audio game for the whole family!"

"For Zeptolab it is very important to find new ways to reach out to children, to help them find their abilities in a fun way and to encourage their curiosity. We entrusted Pinna with our beloved character Om Nom to let him explore new dimensions. We are happy with the result as they managed to grasp the playful essence of the character and successfully bring it to an audio format. It is a pleasure to work with such a talented team to unlock new challenges with Om Nom", stated Anna Shchur, Producer and Head of Content Distribution at Zeptolab.

Om Nom is an ambitious and ever-growing family franchise that aims to expand its character beyond the smartphone screens. ZeptoLab produces a very successful animated series called Om Nom Stories distributed on global platforms. In search of new formats, the franchise has also ventured into augmented reality books, audiobooks, and a new animation series that will be announced very soon.Â In addition to digital content, the brand is present inÂ  toys, clothes, and other licensed merchandise that can be enjoyed by kids all over the world.

About PinnaPinna, LLC is the creator of the first and only on-demand audio entertainment service developed and curated exclusively for kids 3-12. Pinna LLC is an entertainment and media company backed by Graham Holdings, Inc. With thousands of podcast episodes, audiobooks and songs, Pinna partners with respected children's brands and produces original programming under the Pinna Originals brand. Pinna is available in the iOS, Android, and Amazon app stores both domestically and internationally and can also be accessed on the web. For more information visitÂ www.pinna.fm.

About ZeptoLabZeptoLab is a global company creating FUN games filled with INNOVATION and polished with its signature QUALITY. After the success of Cut the Rope games, which have been downloaded over 1,6 BLN times, the company released C.A.T.S. Crash Arena Turbo Stars and King of Thieves, massive multiplayer mobile titles with more than 255 MLN combined downloads so far. The company recently launchedÂ CutÂ theÂ RopeÂ Remastered, OmÂ NomRun. These games can be enjoyed on all major mobile platforms, including but not limited to: iOS, Android and Amazon.

OmÂ NomÂ StoriesÂ isÂ aÂ long-runningÂ comedyÂ mini-seriesÂ featuringÂ OmÂ Nom, a cute little monster whose curiosity often leads to funny situations. With 19 seasons on air and counting Om Nom is never short of adventures and has gained 30Â BLN views worldwide. One day,Â OmÂ NomÂ mysteriously shows up at the doorstep of one boy's house, and this marks the beginning of many exciting adventures. Throughout theÂ series,Â OmÂ Nom travels around the world, becomes a SuperHero, and even finds family in Om Nelle and Nibble Nom. Although our hero faces many challenges, he manages to stay kind and attentive to the needs of others, making many friends along the way.

ZeptoLab and Om Nom are the trademarks or registered trademarks of ZeptoLab UK Limited. Â© 2010-2021. All rights reserved. 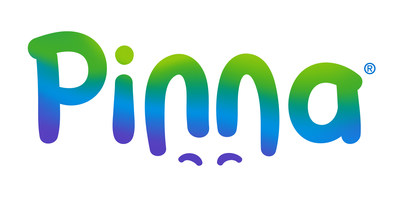