RIDGEFIELD PARK, N.J., Jan. 25, 2021 /PRNewswire/ --Â Seeger Weiss LLP is proud to announce the appointment of partner Parvin K. AminolroayaÂ to the position of plaintiffs' co-lead counsel by the honorable Judge Brian R. Martinotti in the In re Elmiron (Pentosan Polysulfate Sodium) Products Liability Litigation. In his January 22, 2020 order, Judge Martinotti praised the leadership team as "highly skilled counsel with diverse backgrounds and experience." Aminolroaya's appointment marks an all-too-rare occasion of a woman of color serving as lead counsel in multidistrict litigation. Indeed, she may be the first woman of color to serve as lead counsel in a mass tort MDL. 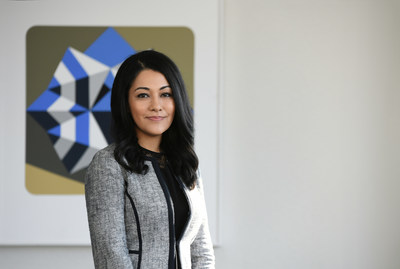 Aminolroaya may be the first woman of color to serve as lead counsel in a mass tort MDL.

"I'm honored to have been selected by Judge Martinotti to co-lead this litigation and to be a part of a law firm that creates opportunities like this for young partners and actively promotes diversity within MDL leadership," said Aminolroaya. "I'm immensely proud to serve in leadership along with this incredibly diverse and talented group of lawyers and look forward to working together to deliver justice for our clients."

A litigator at Seeger Weiss for more than a decade, Aminolroaya was recently named one of the "Top Women in Law" by theÂ New Jersey Law Journal. She has represented a wide spectrum of plaintiffs in such significant matters as litigation against makers of opioid drugs, representing counties and municipalities whose health and hospital systems have been severely tested by the epidemic of drug abuse; litigation against 3M over allegations that the manufacturer sold defective earplugs both to the military for use in battle situations and to civilians for high noise exposure situations; and litigation against Volkswagen and other carmakers for disguising the actual emission levels of their diesel engine cars, resulting several multi-billion dollar settlements; among others. This is Aminolroaya's first MDL appointment to the position of co-lead counsel.

Aminolroaya is part of a remarkably diverse leadership team, encompassing gender, ethnicity, race, geography, and experience. Of the 25-member leadership team, 18 of the attorneys are women. Aminolroaya is joined by Virginia E. Anello of Douglas & Loundon, P.C., and Paul Pennock of Morgan & Morgan, P.A., as co-lead counsel. A study by Law.comÂ showed that, from 2016 to 2019, only 5% of MDL appointments went to attorneys of color, while women made up only about a third of lead counsel appointments in 2018. Seeger Weiss celebrates the efforts of Judge Martinotti to promote a highly skilled and meaningfully diverse leadership team.

Aminolroaya joined Seeger Weiss in 2008, her first job out of law school. The daughter of Guatemalan and Iranian immigrants, she grew up in the Bronx and went to high school at Brooklyn Tech, where she was a debate team champion. When asked why she became a lawyer, Aminolroaya said, "Some have told me that I like the fight. I say that I like to advocate for my clients and to advance justice where there's been wrongdoing. I also like the challenge of constantly learning new subjects." She went on to mention a more personal motivation. "My last name in Persian means faithful to the people. I've tried to stay true to that."

Aminolroaya graduated from Fordham University in 2004 and the Benjamin N. Cardozo School of Law in 2008. She credits her long career at Seeger Weiss to a formative conversation in her third year of law school with cofounding partners Christopher A. Seeger and Stephen A. Weiss. "I had just argued an important issue relating to federal preemption, which had come before the Supreme Court in 2008, in the New York City Bar Association Moot Court Competition." Unlike her classmates who were aiming for big law jobs, Aminolroaya was interested in representing plaintiffs. "Most of the interview was talking about the impact of this Supreme Court decision, Wyeth v. Levine, on complex litigation." Though the firm wasn't regularly hiring new graduates, Aminolroaya says, "they made an exception for me." Seeger, Weiss, and partner David R. Buchanan "always looked for opportunities for me, always supported me with the resources I needed to success. In the world of law, they really raised me."

One of the nation's preeminent plaintiffs' law firms, Seeger Weiss is best known for multidistrict mass torts and class actions in both state and federal court. From offices in New York, New Jersey, and Pennsylvania, the firm has represented over 10,000 individuals, companies, and governments across the U.S. who have been injured or defrauded on a massive scale. Since its founding in 1999, it has led many of the most complex and high-profile cases in the country: the National Prescription Opiate Litigation, which the Washington Post called "the largest federal court case in U.S. history"; 3M Combat Arms Earplug Products Liability Litigation, which the Minneapolis Star Tribune called "one of the largest mass torts ever"; the ongoing "Dieselgate" scandal; the sprawling multistate litigation on behalf of survivors of child sexual abuse; and the history-making Football League Players' Concussion Injury Litigation.