WASHINGTON, March 26, 2021 /PRNewswire/ --Â Before the buzzer sounds on this year's National Deli Meat Month, The North American Meat Institute, a contractor to the Beef Checkoff, and The National Pork Board, administrator of the Pork Checkoff, will go into overtime celebration with the ultimate Deli Dinner Showdown. While fans around the world still won't be able to root for their favorite teams court-side in packed arenas, this TikTok tournament featuring favorite deli meats is sure to be a slam dunk. 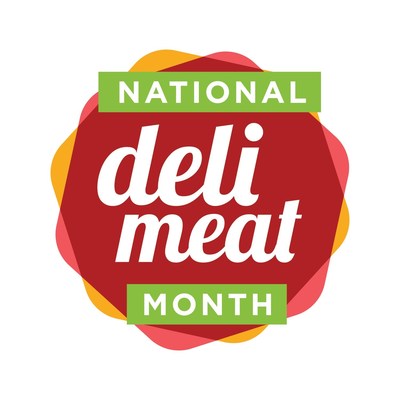 The Deli Dinner Showdown, a tournament-structured event, will include leading TikTok chef and nutrition influencers sharing their enthusiasm for deli meats.Â  They will break away from the long-held image of these products as only lunch and sandwich options and create culinary dinner delights featuring their favorite cuts.Â  Fans will have the chance to win $100 for correctly predicting the winning bracket.

To facilitate this culinary competition, the Meat Institute and Pork Board are partnering with The Food Renegades a division of The Digital Renegades -- a digital marketing agency and a chef alliance on TikTok.Â  This tournament will bring the Food Renegades' five million followers together to cheer for taste, convenience and nutrition that deliver satisfaction when they need it the most.

"The Deli Dinner Showdown encourages fans to think outside the confines of the sandwich, and to create delicious dinners featuring deli meats," said Eric Mittenthal, Vice President of Sustainability for NAMI. "It's amazing how versatile deli meats and other prepared beef and pork products can be."

"No matter how you slice it, there are so many choices to tempt taste buds all month long," said Chris Jones, Director, Marketing Strategy at the Pork Board. "We can't wait to see the deli meat creations that the contestants prepare."

Thousands of products are available in the deli case and include low- and reduced-sodium products, low- and reduced-fat products, American Heart Association certified, organic and grass-fed options, Kosher and more.Â Â  A range of prepared products with various nutrition attributes can be found at: http://www.meatpoultrynutrition.org/productcenter

The Food Renegades include:

About The Beef Checkoff:

The Beef Checkoff Program (www.beefboard.org) was established as part of the 1985 Farm Bill. The checkoff assesses $1 per head on the sale of live domestic and imported cattle, in addition to a comparable assessment on imported beef and beef products. In states with qualified beef councils, states may retain up to 50 cents of the dollar and forward the other 50 cents per head to the Cattlemen's Beef Promotion and Research Board, which administers the national checkoff program, subject to USDA approval.

The North American Meat Institute (NAMI), a contractor to the Beef Checkoff, is the leading voice for the meat and poultry industry. Formed from the 2015 merger of the American Meat Institute (AMI) and North American Meat Association (NAMA), the Institute has a rich, century-long history and provides essential member services including legislative, regulatory, scientific, international and public affairs representation. NAMI's mission is to shape a public policy environment in which the meat and poultry industry can produce wholesome products safely, efficiently and profitably. Together, the Institute's members produce the vast majority of U.S. beef, pork, lamb and poultry and the equipment, ingredients and services needed for the highest quality products.

About The National Pork Board:

The National Pork Board has responsibility for Pork Checkoff-funded research, promotion and consumer information projects and for communicating with pork producers and the public. The Pork Checkoff funds national and state programs in consumer education and marketing, retail and foodservice marketing, export market promotion, production improvement, science and technology, swine health, pork safety, and environmental management and sustainability. For the past half century, the U.S. pork industry has delivered on its commitment to sustainable production and has made significant strides in reducing the environmental impact of pig farming. Through a legislative national Pork Checkoff, pork producers invest $0.40 for each $100 value of hogs sold. Importers of pork products contribute a like amount, based on a formula. For information on Checkoff-funded programs, pork producers can call the Pork Checkoff Service Center at (800) 456-7675 or visitÂ www.pork.org.

"Internal links within this document are funded and maintained by the Beef Checkoff and Pork Checkoff. All other outgoing links are to websites maintained by third parties."