JAMUL, Calif., Feb. 2, 2021 /PRNewswire/ -- Author Alex Schuler's debut novel, Code Word Access, is a thought-provoking sci-fi about a prodigy scientist who encodes "ethics" into the nation's artificially intelligent, decision-making machine. Set in the near future, where AI has evolved from a luxury to an essential commodity, Schuler explores whether or not what makes us human can be programmed â and the consequences of this endeavor.Â 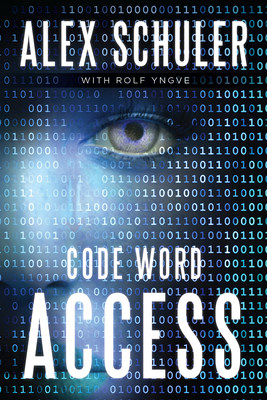 Technology has evolved swiftly in the last few decades. Many embrace these advancements; others have a profound case of "future shock." A term coined back in the 1970s by author Alvin Toffler, future shock is a sickness where people are unable to cope with rapid technological and sociological change. AI has become the most feared advancement of all. Even Elon Musk, CEO of Tesla and SpaceX, has said "AI is a fundamental risk to the existence of human civilization."

Set in 2050, the Net delivers information and entertainment directly to consumers' brains. America's leading scientist, Shawn Muller, upgrades the AI that controls the military drones and defense grid. But when he installs the new "ethics core", the algorithm determines that Shawn is a threat to mankind. He must run to escape execution.

Shawn discovers a whole society that has rejected the technological invasion. He connects with an outlawed organization called the Organites, led by a mysterious woman named Destiny.Â They setÂ off on a journey to bring down the very system that Shawn helped put in place.

Code Word Access is a technothriller that keeps readers on the edge of their seats. Shawn's algorithm is exactly what Elon Musk warns us about; it's what fuels our future shock. Schuler introduces an exciting world that feels like a prospective reality.

"This is not a run-of-the-mill when-machines-become-smarter-than-man story. It is clever, unique, and extremely well-executed." âScreencraft

Alex SchulerÂ began developing artificial intelligence software for the commercial and defense sectors following a career as a pilot in the U.S. Navy. At the same time, he delved into writing books that explore the ethical and philosophical implications of technology, through science fiction and thoughtful examinations of the people behind today's most sophisticatedâand potentially dangerousâbreakthroughs.