AUSTIN, Texas, Sept. 21, 2021 /PRNewswire/ -- Today, Kendra Scott announces a new partnership with the The Jed Foundation - the leading national nonprofit that protects emotional health and prevents suicide for teens and young adults. The $100,000 grant will support a new initiative, "JED High School", and provide mental health resources and programming for under-resourced schools that would not otherwise be able to participate in the program. 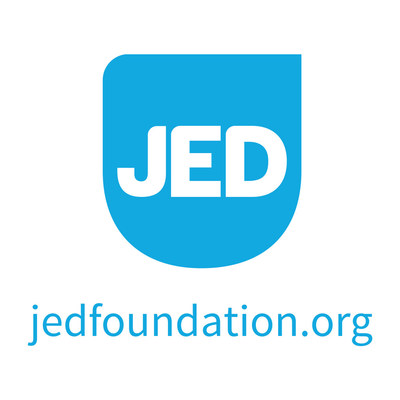 The importance of mental health awareness for teens hits home for so many families across the country, particularly in a post-pandemic era, and Kendra Scott's family is no exception. Scott understands the need to spreadÂ awareness around mental health, stress and anxiety in young adults. In response, the brand has announced several mental health partnerships throughout 2021, including grants for Active MindsÂ andÂ NAMIÂ (National Alliance on Mental Illness).

"Raising three sons is the greatest responsibility of my life, and as a mother I believe it is so important that my boys know they are never alone," says Kendra Scott, founder and executive chairwoman. "Through our partnership with JED, it is my mission to spread that message to teenagers across the country, and offer mental health resources and protection when they need it most."

To support the fund, Kendra Scott will turn on change roundup in the brand's 110+ retail stores, as well as a 50% giveback on the Sun & Moon charm for the month of September - directly benefiting The Jed Foundation.

"We're thrilled to partner with Kendra Scott to reach more high school students with the mental health support that they need, especially after a tumultuous time," says The Jed Foundation's Chief Development Officer Adee Shepen. "With their support, we'll be able to work with many more high schools to help them strengthen their programs, policies and systems around mental health."

To further support this goal, Kendra Scott also announced a partnership with Universal Pictures' upcoming blockbuster Dear Evan Hansen to provide 400 tickets to viewers across the country, shedding a nationwide light on many of the most challenging mental health battles. The brand will also host "You Will Be Found" murals at its Austin Flagship South Congress, TX and SoHo, NYC locations.

For more information on these partnerships, please visit kendrascott.com.

About Kendra ScottKendra Scott is a leading fashion accessories brand inspired by the personal experiences, travel and sense of community of its founder and designer, Kendra Scott. With over 2,000 employees, Kendra Scott has over 100 standalone stores across the US and is sold in premiere retailers including Neiman Marcus, Nordstrom, Bloomingdale's and 600 specialty boutiques worldwide and boasts a thriving web business. Kendra Scott is known for its kaleidoscope of beautiful accessories as well as the innovative and customizable Color Barâ ¢ experience. As the brand continues to grow, the company remains true to its founding philosophy of "Family, Fashion, Philanthropy" and since 2010, the company has given back well over $40 million to local, national and international causes.

About The Jed Foundation (JED)Â  JED is a nonprofit that protects emotional health and prevents suicide for our nation's teens and young adults. We're partnering with high schools and colleges to strengthen their mental health, substance misuse, and suicide prevention programs and systems. We're equipping teens and young adults with the skills and knowledge to help themselves and each other. We're encouraging community awareness, understanding, and action for young adult mental health.

Directed by acclaimed filmmaker Stephen Chbosky (The Perks of Being A Wallflower, Wonder), the film is written for the screen by the show's Tony winner Steven Levenson with music and lyrics by the show's OscarÂ®, Grammy and Tony-winning songwriting team of Benj Pasek & Justin Paul (La La Land, The Greatest Showman).