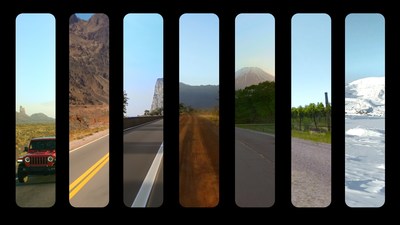 As part of the One World: Together At Home globally televised and digital special to support frontline health care workers and the World Health Organization, FCA will premiere two all-new television commercials during the television broadcast for the Dodge and JeepÂ® brands. The 30-second videos, "Strength" for Dodge and "Seven Continents" for Jeep, will air during the two-hour TV special as part of the globally televised and streamed event in support of the fight against the COVID-19 pandemic. The historic broadcast will be hosted by Jimmy Fallon of The Tonight Show, Jimmy Kimmel of Jimmy Kimmel Live and Stephen Colbert of The Late Show with Stephen Colbert.

"As an automaker and global citizen of the world, it's our duty to encourage our drivers to stay off the road, when possible, to help protect the health and safety of all people, including those on the frontline of this crisis," said Olivier Francois, Chief Marketing Officer, FCA. "We also want to recognize and honor these first responders and essential workers tirelessly working to ensure that when we return to the streets that we return to them safely."Â

The Dodge brand's 30-second video "Strength" honors the essential workers on the frontline of the crisis, including paramedics, police, firefighters, doctors, nurses, grocery workers, utility workers and freight drivers. The video will also anchor the Dodge brand's ongoing #TheMuscleBehindUs social media campaign running across its Facebook, Instagram, Twitter and YouTube channels. More information about the campaign will be announced next week.Â

The Jeep brand's 30-second video "Seven Continents" supports the brand's recently announced social initiative #StayOffTheRoad, asking its owners, fans, friends and followers to stay off the road, rallying their communities and fueling the American spirit. Today and moving forward, the seven slots of the Jeep grille stand for the seven continents of North America, South America, Europe, Africa, Asia, Australia and Antarctica. Narration in the spot includes the language, "And today, we stand with all seven of them. Together, we'll make it through this."Â

FCA brands Alfa Romeo, Chrysler, Dodge, FIAT, Jeep and Ram recently launched individual social media campaigns to encourage drivers to stay home, when possible, and to support all essential workforces on the frontline of the crisis.Â The brands will run social media content on Saturday as the multi-hour television and digital streaming event takes place.Â Additionally, last week FCA launched its living room performance series #MusicMonday to entertain and to encourage people to pledge to stay at home for loved ones.Â

Powered by commitments from supporters and corporate partners in benefit of the COVID-19 Solidarity Response Fund, the broadcast special will also benefit local and regional charities that provide food, shelter and health care to those that need help most.Â

One World: Together At Home will be broadcast live on Saturday, April 18, 2020, at 5 p.m. PDT/8 p.m. EDT/midnight GMT, airing on ABC, NBC, ViacomCBS Networks, iHeartMedia and Bell Media networks and platforms in Canada. Internationally, BBC One will run the program on Sunday, April 19, 2020. Additional international broadcasters include beIN Media Group, MultiChoice Group and RTE. The virtual broadcast will show unity among all people who are affected by COVID-19 and will also celebrate and support brave health care workers performing lifesaving work on the frontline.

One World: Together At Home will also be a multi-hour digital broadcast special streaming online on multiple global platforms, including Alibaba, Amazon Prime Video, Apple, Facebook, Instagram, LiveXLive, Tencent, Tencent Music Entertainment Group, TIDAL, TuneIn, Twitch, Twitter, Yahoo and YouTube. This digital special will include additional artists and performances from all over the globe, as well as unique stories from the world's health care heroes. For information about how to tune in and take action, visit www.globalcitizen.org/togetherathome.

In March, FCA announced that the company is in the process of converting its first plant to produce 1 million face masks per month for donation to first responders and health care workers. More recently, the company expanded its support of coronavirus-relief efforts, focusing on two principal areas: providing 1 million meals to school children across North America and support for a range of technical, logistical and manufacturing programs, such as face mask production.