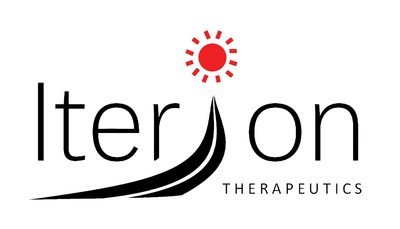 Iterion plans to utilize the proceeds from this financing to advance the development of its lead clinical candidate, Tegavivint, a novel, potent and selective nuclear beta-catenin inhibitor.Â Tegavivint is currently being investigated in a Phase 1/2a clinical trial in patients with desmoid tumors, which are rare, non-metastasizing sarcomas that overexpress nuclear beta-catenin. Iterion has received Orphan Drug Designation for Tegavivint to treat desmoid tumors, a disease for which there are no FDA approved therapies.

"We envision incredible potential therapeutic benefits associated with Tegavivint, and are excited to support the Iterion team in its exploration of multiple clinical development opportunities for this potentially groundbreaking therapeutic," said Benjamin Rovinski, Ph.D., Managing Director at Lumira Ventures. "2021 is expected to be a pivotal year for Iterion as the company anticipates initiating clinical trials in AML, NSCLC and pediatric cancers, all indications in which nuclear beta-catenin signaling plays a role. By pursuing a novel mechanism of action, we believe Tegavivint has the potential to overcome challenges faced by prior drugs targeting this pathway."

Nuclear beta-catenin is a highly-studied oncology target associated with numerous cancer types. Tegavivint is unique among nuclear beta-catenin inhibitors in that it binds to TBL1 (Transducin Beta-like Protein One), a novel downstream target in the Wnt-signaling pathway. As such, Tegavivint enables silencing of Wnt-pathway gene expression without affecting other necessary Wnt/beta-catenin functions in the cell membrane, thus avoiding toxicity issues common to other drugs in this pathway.

"We are grateful to have the confidence of investors, including Lumira Ventures, SantÃ© Ventures and others, that appreciate Tegavivint's potential to treat a host of cancers," said Rahul Aras, Ph.D., CEO of Iterion.Â "Nuclear beta-catenin has historically been considered an 'undruggable' oncology target with prior inhibitors having been plagued by toxicity issues, greatly limiting their therapeutic use.Â  Research suggests that these toxicity concerns can be negated by targeting TBL1, a novel downstream target in the Wnt-signaling pathway necessary for beta-catenin's oncogenic activity.Â  This is precisely Tegavivint's mechanism of action and why we believe the technology holds such substantial promise."

Dr. Aras continued, "With the Series B funding, Iterion has the potential to significantly expand our clinical footprint through completion of our ongoing desmoid tumor study and initiate clinical trials in 2021 to investigate Tegavivint in AML, NSCLC, and certain pediatric cancers."

About Iterion TherapeuticsIterion Therapeutics is a venture-backed, clinical stage biotechnology company developing novel cancer therapeutics. The company's lead product, Tegavivint, is a potent and selective inhibitor of nuclear beta-catenin, a historically "undruggable" oncology target implicated in cell proliferation, differentiation, immune evasion and stem cell renewal. Research demonstrating potent anti-tumor activity in a broad range of pre-clinical models indicate that Tegavivint has the potential for clinical utility in multiple cancer types. Tegavivint is currently the subject of a Phase 1/2a clinical trial in patients with progressive desmoid tumors. Iterion is also pursuing clinical programs in additional cancers where nuclear beta-catenin signaling has been shown to play a role, including acute myeloid leukemia (AML), non-small cell lung cancer (NSCLC), and pediatric cancers, including sarcomas, lymphoma and other solid tumors. Iterion is the recipient of an up to $15.9 million Product Development Award from the Cancer Prevention and Research Institute of Texas (CPRIT). For more information on Iterion, please visit https://iteriontherapeutics.com or follow the Company on Twitter and Linkedin.