Inspiration4 reveals mission payload highlights, including the first ever minted NFT song to go into space

CAPE CANAVERAL, Fla., Sept. 9, 2021 /PRNewswire/ --Â Astronauts have long brought interesting items into space, dating back to the very first Mercury mission in 1961. But with Inspiration4, the first all-civilian mission to orbit, the crew will be taking not just personal mementos but things that didn't exist even a year ago, much less 60 years ago. Indeed, their payload will include the first-ever minted NFT song to be played in orbit, created by the Grammy Award-winning rock band Kings of Leon. 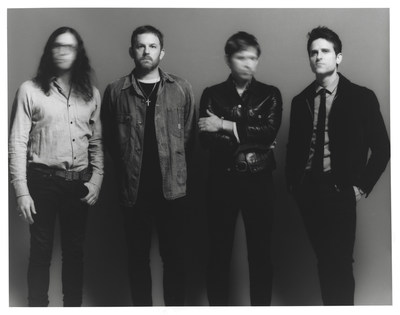 The minted NFT, a never-before-released performance of "Time in Disguise" from the band's newest album, is among a handful of unique items that will go into orbit and be auctioned off on YellowHeart to support St. Jude Children's Research HospitalÂ® and its $200 million Inspiration4 fundraising campaign to accelerate research advancements and save more children worldwide. Â

"We are proud to support St. Jude and its Music Gives initiative," said Kings of Leon in a statement, which explained that Music Gives to St. Jude Kids is a way for bands, fans, and everyone in between to help ease the burden on St. Jude families while generating funds to support the lifesaving mission of St. Jude: Finding cures. Saving children.Â® "We're honored to participate in this historic journey in an effort to raise money for St. Jude, and we're sending all our best to the crew of Inspiration4."

Hayley Arceneaux, Inspiration4's Medical Officer, will play the NFT aboard the SpaceX Dragon vehicle. She is a St. Jude physician assistant and cancer survivor who will be the youngest American, the first pediatric cancer survivor, and the first person with a prosthesis to travel to space.

The Inspiration4 payload auction items will also include a variety of iconic and culturally significant items donated to St. Jude, including:

The auction opens on Thursday, Sept. 9, and will run through November, with different items being available at various points during the overall auction. All items can be bid on by visiting stjude.org/inspiration4.

"One of the key things we've focused one since Inspiration4 was first announced was how we will be able to make a significant contribution to help St. Jude cure childhood cancer here on Earth," said Jared Isaacman, Shift4 Payments CEO and commander of Inspiration4. "Every item we are bringing is going to help us reach our goal and allow us to share this experience with so many others who want to offer support."

The funds raised by the auction will contribute to the more than $128 million already committed toward the $200 million Inspiration4 fundraising campaign, according to Richard C. Shadyac Jr., President and CEO of ALSAC, the fundraising and awareness organization for St. Jude Children's Research Hospital.

"The impact of the Inspiration4 mission has been immeasurable, serving as an incredible platform to educate and engage millions in the movement to find cures and deliver care for childhood cancer and other catastrophic diseases through accelerated research and treatment," said Shadyac.Â "The auction is a critical component of the overall campaign as it enables us to reach new audiences and supporters as we work to fulfill our mission."

In addition to the aforementioned items and others that will be auctioned off to benefit St. Jude, each crew member is bringing a myriad of personal mementos, including family items and school memorabilia. Additionally, the payload will also carry items that illuminate the St. Jude mission while honoring the patients and families who have been impacted by childhood cancer and other life-threatening diseases.

About Inspiration4The Inspiration4 mission, commanded by Jared Isaacman, the 38-year-old founder and chief executive officer of Shift4 Payments [NYSE:FOUR] and accomplished pilot, was ideated by Isaacman to send a humanitarian message of possibility, represent a new era for human space exploration, and inspire support for St. Jude. For background on the Inspiration4 crew, see the original crew announcement from March 2021 as well as crew bios at Inspiration4.com. Inspiration4 will launch from historic Launch Complex 39A at NASA's Kennedy Space Center in Florida on September 14, 2021. Upon conclusion of the multi-day journey, Dragon will re-enter Earth's atmosphere for a soft water landing off the coast of Florida.

To learn more about Inspiration4 and how to support this historic journey to space, visit www.Inspiration4.com and follow the mission on social media on Twitter (@inspiration4x), Facebook (@inspiration4mission), Instagram (@inspiration4) and YouTube (@Inspiration4) to receive the latest news on mission training and preparation.

About St. Jude Children's Research HospitalSt. Jude Children's Research Hospital is leading the way the world understands, treats and defeats childhood cancer and other life-threatening diseases. Its purpose is clear: Finding cures. Saving children.Â® It is the only National Cancer Institute-designated Comprehensive Cancer Center devoted solely to children. Treatments invented at St. Jude have helped push the overall childhood cancer survival rate from 20 percent to more than 80 percent since the hospital opened more than 50 years ago. St. Jude won't stop until no child dies from cancer. St. Jude freely shares the discoveries it makes, and every child saved at St. Jude means doctors and scientists worldwide can use that knowledge to save thousands more children. Families never receive a bill from St. Jude for treatment, travel, housing or food â because all a family should worry about is helping their child live. Join the St. Jude mission by visiting stjude.org, liking St. Jude on Facebook, following St. Jude on Twitter, InstagramÂ  and subscribing to its YouTube channel. 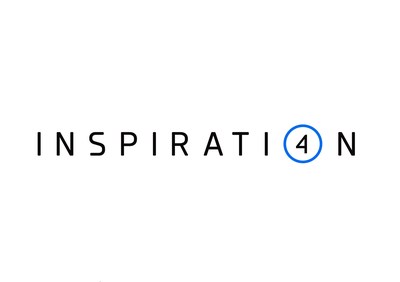