In Celebration Of The New Watermelon Flavor, AbsolutÂ® Vodka Offers One Lucky Fan A Permanent "Fresh Escape" At Home This Summer

NEW YORK, April 19, 2021 /PRNewswire/ --Â Absolut Vodka is getting a head start on summer with the launch of its all-new flavored vodka, Absolut Watermelon. The watermelon trend â which has grown 40% year over year among mainstream audiences1 â shows no signs of slowing down. In celebration of Absolut Watermelon, a tasty and summery flavored vodka, with no added sugar*, Absolut is giving one lucky fan who feels stuck at home the chance to check out of their day-to-day routine and into an Absolut Watermelon Fresh Escape, a 24/7 watermelon-inspired oasis right in their backyard.

The past year has changed lives in a variety of different ways, but most have one thing in common: a lot of time at home. A recent survey found that at one point in the last year, almost half of the population spent more than 18 hours a day in their houses2. In particular, young adults are feeling the effects, with 52% now living with one or both parents â the highest rate since the Great Depression, according to a recent survey by Pew Research3. The Absolut Watermelon Fresh Escape, a watermelon-themed escape on wheels, is offering a much needed break and a colorful change of scenery where one lucky winner can safely connect with friends in-person or virtually and disconnect from their standard day without leaving home.

"With so many of us spending more time than ever at home, we're excited to offer fans who feel stagnant in their day-to-day the opportunity to win the Absolut Watermelon Fresh Escape, a private space where they can mix up some cocktails, safely visit with friends â even if only virtually â and retreat to a new personal haven," said Regan Clarke, Vice President of Marketing, Absolut, Pernod Ricard USA.Â

The watermelon-themed escape comes with everything anyone could need for a much-needed, easy getaway including a sleeping area, bathroom, outdoor seating, grill, cooler, corn hole game and lawn chairs perfect for relaxing and sipping on an Absolut Watermelon Vodka Soda. And just like there's no sugar added* to Absolut Watermelon, no familial interruptions are added to the Absolut Watermelon Fresh Escape.

Absolut Watermelon The crystal-clear liquid has a pleasant, smooth taste and a distinct character of watermelon with no added sugar*.

Absolut Watermelon is available at retailers nationwide and ReserveBar for an MSRP of $19.99 (750ml) and $24.99 (1L). To learn more, visit us at Absolut.com/Watermelon â or follow Absolut on social via Facebook, InstagramÂ and Twitter.

As "creators of conviviality," we are committed to sustainable and responsible business practices in service of our customers, consumers, employees and the planet. Â Our products bring people together and serve a valuable role in society. We encourage responsible consumption of our products and fight alcohol misuse in society by evolving our business and our marketing, taking action on harmful drinking and engaging with our stakeholders for real change. As a founding member of the Foundation for Advancing Alcohol Responsibility (Responsibility.org), we are proud to be a part of the campaigns that have worked to produce a 29% reduction in underage drinking over the past 10 years. 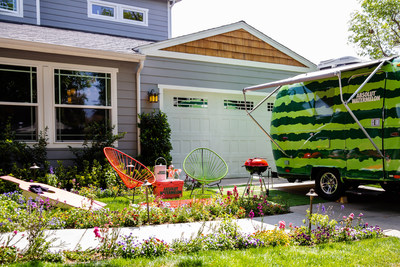 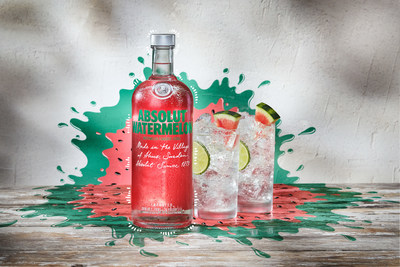