ATLANTA, May 6, 2021 /PRNewswire/ --Â Longtime Atlanta journalist and public relations professional Gina Espinosa-Meltzer has reached an agreement in principle to acquire the equity of the late Paul Beckham in Hope-Beckham Inc. and merge her GPR Global into Hope-Beckham. The emerging public relations agency will continue to be called Hope-Beckham. 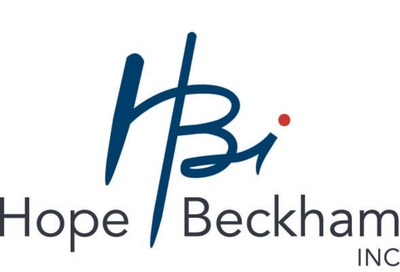 Espinosa-Meltzer formed GPR Global a dozen years ago after a career in journalism and media relations, including serving as news editor of Mundo Hispanico and stints as a producer and correspondent for CNN, BBC and Radio Netherlands. She served as media director of the Georgia Hispanic Chamber of Commerce before founding her own public relations agency.Â GPR Global soon became one of the leading multi-cultural communications and public affairs agencies in the Southeast.Â

Hope-Beckham Inc. was formed 26 years ago by communications veterans Bob Hope and Paul Beckham. Beckham was president of the cable division of Turner Broadcasting. Hope was formerly the public relations director of the Atlanta Braves when Hank Aaron broke the all-time home run record, followed by serving as publicist and promoter for Ted Turner and his TV and sports properties, and then was executive vice president in New York of Burson-Marsteller, then the largest public relations agency in the world. He worked at The Coca-Cola Company and was a partner in Atlanta agency Cohn & Wolfe before moving to New York.

"The combination of Hope-Beckham and GPR is right for the times for both the agencies and Atlanta," Hope said. "Gina has done an amazing job and become the top leader in multi-cultural and specifically HispanicÂ public relations in Atlanta, and that is more important now than ever and will be even more important in the future.

"Also, she assures a bright future for our combined agencies. We've known each other for years, know our staffs will work together well. And, of course, the Hispanic market is growing quickly in the U.S., and this gives us the resources we need to be savvy in dealing with the changing demographics of our country."

Espinosa-Meltzer said, "Bob Hope is an icon in the public relations world in Atlanta and I'm honored that he has chosen me to be his new partner. I look forward to working with Bob and helping Hope-Beckham's existing and new clients access the Hispanic market in the U.S. and Latin America."

According to the Selig Center for Economic Growth at The University of Georgia, Hispanics are the largest and highest spending minority in the U.S., with household income totaling $1.5 trillion, up over 200 percent in the past decade. The aggregate buying power is greater than the country of Australia. Hispanics make up 20 percent of the U.S. population and are the fastest growing demographic. The Selig Center called 2020 "the year of the Hispanic consumer.Â

"This is very exciting for us," Hope said. "Over the years, Hope-Beckham has worked for dozens of major corporations. We now have a special communications expertise about the most important emerging demographic of our country's population and one that will only get more important in years to come."

The agency will operate out of the current Hope-Beckham offices in the Atlanta Financial Center.Â