Highclere Castle Gin on Track to Become Most Awarded Gin

Now in its second year since launching internationally, the gin continues market growth during pandemic 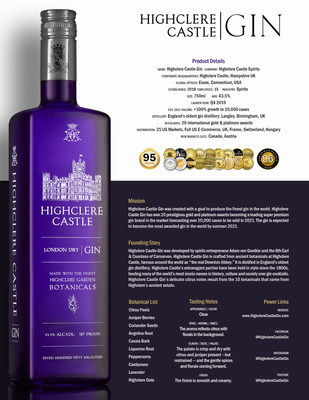 Launched just sixteen months ago, the new brand has been awarded 31 international awards from global spirit competitions including earning a 96-point rating from the Pr%f Awards and USA Spirit Ratings along with a 95 from Sunset International, earning the most awards of any gin in 2020. Super premium gin is on a global growth trend (+28% yr/yr), with conversion of vodka drinkers and growth in new emerging markets with the United Kingdom leading the charge.Â Â

Most recently, Highclere Castle Gin has earned a "Best of" award for the gin category by the internationally renowned John Barleycorn Awards and Society. The John Barleycorn Society is an assemblage of the world's top journalists and spirit industry professionals who recognize excellence in the spirits industry from seed to glass.

Highclere Castle Gin made waves at the beginning of the international COVID-19 lockdown in 2020 for creating the world's most attended virtual cocktail party, hosted by Lord and Lady Carnarvon at Highclere Castle and broadcasted on both Facebook and Instagram LIVE. Multiple virtual cocktail livestreams have been held attracting over a half million virtual attendees from around the world.

Highclere Castle Gin is distilled in England's oldest gin distillery using botanicals grown on Highclere's historic estate. The product took five years to develop and was launched by spirits entrepreneur Adam von Gootkin in partnership with the Earl and Countess of Carnarvon, owners of Highclere Castle.

The product is available throughout the United States and the United Kingdom as well in Switzerland, France and Hungary. It is also available for purchase online at www.HighclereCastleGin.com. 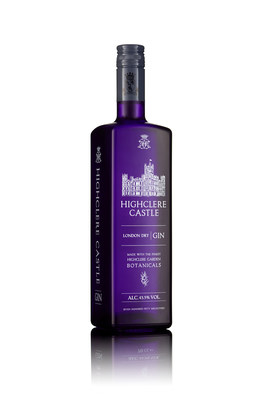