NEW YORK, Feb. 2, 2021 /PRNewswire/ -- Greenstein & Milbauer, LLP, a personal injury law firm based in New York City, http://www.nycLawFirm.com has filed a lawsuit in Columbia County Supreme Court (E012020016437), alleging that from approximately 1998-2000, when plaintiff was approximately 11 years old, she was sexually assaulted by her track coach at the Kinderhook Elks Runners Club at the Kinderhook Elks Lodge 2530. The rapes occurred at the coach's house where she and several other members of the track team frequently congregated. Plaintiff was digitally raped on numerous occasions, and on at least one occasion the rape took place in the swimming pool.Â Â 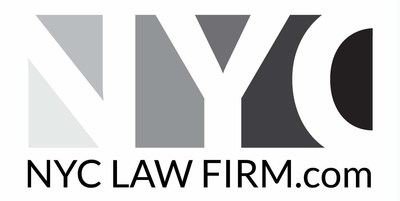 In 2002 Frederick H. Weber was convicted of 15 counts of second-degree sexual abuse and endangering the welfare of a child for touching the private parts of girls, ages 11 through 14. Earlier that year he was also convicted of fondling a young girl in the pool and hot tub of his Nassau home in 1996. Â He was sentenced to serve 3Â½ to 7 years in state prison for his felony convictions.

This lawsuit was filed under New York's Child Victims Act which allows innocent victims of child sexual abuse the opportunity to seek compensation and hold their perpetrators accountable. Prior to the enactment of the Child Victims Act last year, the statute of limitations would have already expired for this child sexual abuse victim. New York residents who were sexually abused as children now have until August 14, 2021 to pursue claims. https://www.greensteinmilbauer.com/deadline-for-new-york-residents-sexually-abused-as-children-extended-to-august-14-2021/.

The compassionate New York Child Sexual Abuse Lawyers at Greenstein & Milbauer, LLP are there to listen. Â They understand that coming forward is very difficult.Â They can help.Â They will walk you through the process.Â  They are committed to holding abusers and institutions like THE BENEVOLENT AND PROTECTIVE ORDER OF ELKS LODGE 2530 accountable.Â The call is free.Â The consultation is free.Â  You don't pay them unless they are successful.Â Â