SAN FRANCISCO, Oct. 1, 2020 /PRNewswire/ -- Primer, a machine intelligence company, announced today the additions of General Raymond Anthony "Tony" Thomas III (ret) and Lieutenant General VeraLinn "Dash" Jamieson (ret) to its Advisory Board. Both leaders possess deep knowledge and experience with how vital emerging technologies are for maintaining U.S. military superiority, and they will provide unmatched counsel and strategic advice as Primer expands its partnership with the Department of Defense and the Intelligence Community. 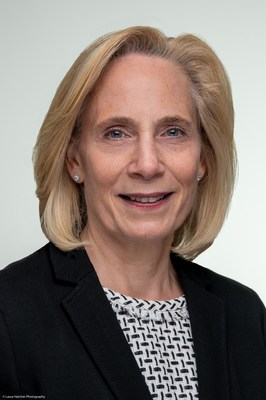 "Analysts and operators are facing exponential growth in the volume, velocity, and variety of all sources of intelligence that they must rapidly understand and act upon to stay ahead of our adversaries. Tony and Dash know firsthand that the only way to address this information overload is by pairing analysts with algorithms," said Primer CEO & Founder Sean Gourley. "From their time spent on the battlefield and in the Pentagon, they know exactly what kinds of capabilities our military requires to ensure the safety of the U.S. and its allies. We're thrilled to have them join our team."

In his distinguished career with the U.S. military, Tony was entrusted with the command of all U.S. and NATO Special Operations Forces in Afghanistan, ultimately commanding all U.S. Special Operations Forces globally, with over 90,000 members operating in 90 countries. He is the former Commander of both U.S. Special Operations Command and Joint Special Operations Command (JSOC). Tony served 39 years in the US Army and since 2001 has had more combat deployments than any other senior officer. Tony was one of the military's earliest and strongest advocates for applied artificial intelligence on the battlefield and was the first Combatant Commander to appoint a Chief Data Officer to bring private sector solutions to warfighters. He graduated from the U.S. Military Academy in 1980 and also attended the U.S. Army War College and Naval Command and Staff College.

"In my time with SOCOM and JSOC, our biggest enemy was information overload, even more so than any physical threat," said Gen. Thomas. "Primer's world-leading natural language processing and generation solutions are exactly the types of advanced artificial intelligence solutions that the DoD needs in order to continue fulfilling their missions, and I could not be more excited to advise the firm on their continued work with the IC and DOD."

Lieutenant General (R) Dash Jamieson has 37 years of distinguished military service, having commanded units from the squadron level to a career culminating as the Director of the United States Air Force's Intelligence Surveillance, Reconnaissance and Cyber Effects enterprise, where she was the Air Force's Senior Intelligence Officer. Dash was the driving force behind building a cohesive team of the Air Forces' intelligence and cyber forces into a single war fighting organization: a $72B entity with 73,000 personnel conducting global operations across the Department of Defense. She was also responsible for cultivating strategic partnerships with the private sector, including Microsoft, Amazon, Google and IBM, to accelerate the Air Force's digital transformation. She led units in Germany, Hawaii, Florida, Afghanistan, and Virginia and has been the senior Government representative to multiple Senate and House of Representatives committees. She earned her Bachelor of Science in Business Administration from West Virginia University, and has two Master's degrees, one in Strategic Studies from the National Defense University in Washington DC and one in Aviation Management from Embry-Riddle University, Daytona Beach Florida.

"I believe in winning today, while preparing for tomorrow. And to do that, the US military needs to continue embracing new artificial intelligence and machine learning technologies," said Lt. Gen. Jamieson. "A combination of human and machine intelligence is needed to prepare our military for the threats of tomorrow, and I believe Primer's automated intelligence gathering and analysis techniques are exactly what we need."

More than 15 percent of Primer's employees previously worked within the U.S. Department of Defense or Intelligence Community. Recently, Primer added national security experts Sue Gordon, former Principal Deputy Director of National Intelligence, as a strategic advisor, and Brett McGurk, former Special Presidential Envoy for the Global Coalition to Counter ISIL, as a member of its board. In order to support the fastest growing sector of our business, Primer opened an office in Washington D.C. last year.

About PrimerPrimer is a machine intelligence company headquartered in San Francisco. We build machines that can read and write, automating the analysis of very large datasets. Primer's technology is deployed by some of the world's largest government agencies, financial institutions, and Fortune 50 companies. For more information, please visit primer.ai