LOS ANGELES, March 17, 2021 /PRNewswire/ --Â Faith Media Distribution's highly anticipated urban-lit cult classicÂ DUTCHÂ opened in 202 theaters nationwide on Friday, March 12th earning a three-day weekend box office of $135,618 with a Per Screen Average of $671. Â The film is trending to generate a $250,000 for the opening. The film placed in the below for its opening weekend:

"We are very proud of the initial launch for this weekend," saysÂ Manny Halley,Â DUTCHÂ producer and founder of Faith Media Distribution and Imani Motion Pictures. "More people are returning to theaters and we are proud to provide them with new and thrilling content to consume. Thank you to our exhibition partners for providing a platform for audience to view DUTCH as there truly is no better way to watch this story unfold than on the big screen. The film will continue to expand to additional markets this Friday and in the coming weeks."

Directed byÂ Preston A. Whitmore IIÂ ("This Christmas," "True To The Game"),Â DUTCHÂ introduces a player who will use any means necessary to dominate the streets and beyond. ForÂ Bernard James, Jr.Â aka "Dutch" (Gross), survival is the ultimate score and power is the deadliest high of all. There isn't an angle he can't work or a woman he can't seduce. When he gains control of an African drug lord's stolen heroin business, Dutch quickly makes it the most feared drug empire on the East Coast. Naturally, there are plenty of enemies vowing to take him down, including a vengeful Mafia heir, an ambitious DA and a conscience-stricken former friend. With Dutch fighting for his life, while on trial, he plays the game and scores a winning hand in the face of all thatÂ betrayedÂ him and finds justice his way ... the street way!Â  Supporting cast includeÂ Markice MooreÂ ("Snowfall"),Â Miles StroterÂ ("The Quad"),Â Robert CostanzoÂ ("Modern Family") andÂ Natasha MarcÂ ("Ballers").

The official film soundtrack, which will feature tracks by Macy Gray, Gunna, Fabolous, Blue Face, Danileigh and OT Genesis among others, is now available on iTunes and other retailers.Â  The soundtrack is executive produced by Wheezy Beatz and Manny Halley.

Faith Media Distribution launched in 2017 with the release ofÂ TRUE TO THE GAME, starring Columbus Short,Â Vivica A. FoxÂ and the lateÂ Nelsan Ellis. The film is an adaptation of theÂ New York TimesÂ bestseller byÂ Teri Woods.Â TRUE TO THE GAMEÂ is an urban love story between a prominent PhiladelphiaÂ drug dealer and a woman, as they struggle to balance street life and love. The film was independently financed and distributed by Halley and earnedÂ $1.2MÂ in a limited release. The company recently released TRUE TO THE GAME 2, the sequel to the 2017 release, in theaters in 2020 and was one of the top-10 releases in the box office for three weeks straight. Halley has secured deals w/ Viacom BET and Netflix on this first go-round. 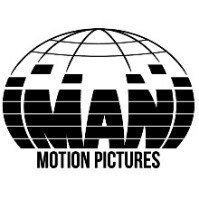