15-Episode Interview Series Will Launch During Black History Month with First Episode Debuting on Wednesday, February 17 on FINTECH.TV Each Episode to Feature Interviews with Black Business Leaders Who've Excelled in the Face of Inequalities Across a Variety of Mediums and Career Experiences. Watch Faces of Race Trailer HERE: https://fintech.tv/roy-wood-jr-host-faces-of-race/

NEW YORK, Feb. 17, 2021 /PRNewswire/ -- FINTECH.TV, the leading media technology platform for Digital and Impact Investment thought leadership content with a reach of 850M households globally through their online and broadcasting partners, today announced the launch of its new show, Faces of Race with Roy Wood Jr.Â The 15-episode series, which addresses the ongoing conversation about race in corporate America, will roll out on FINTECH.TV with episodes airing in February during Black History Month, starting with the premiere on Wednesday, February 17. 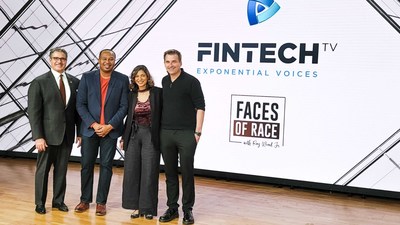 In one-on-one interviews, Faces of Race seeks to uncover how racism has impacted access to corporate jobs for the Black community and glean insights from Black leaders across a variety of industries, from tech to VC to corporate to the media industry. Each episode demonstrates the value of diversity in a corporate setting and challenges viewers to continue these important conversations.

Guests confirmed for the first five episodes include:

"It's an honor to sit down with titans in their respective fields and have a light-hearted but meaningful conversation about the barriers they've broken, the mountains they've climbed, and the things we can do collectively to help turn these mountains into a level playing field." Roy Wood Jr.

"Roy Wood Jr. brings a unique perspective to each of these conversations with Black business leaders who overcame discrimination and adversity in their journeys to where they are today. In order to spark real change in the business world, we must continue having these conversations, some of them uncomfortable, about diversity and equality in a way that is honest and real, which is our goal for this show," said Kavita Gupta, co-founder, and CSO of FINTECH.TV.Â

"Following a year of global focus on race, it's evident that the deep-seated racial injustices in our country requires more attention and action. The system we've used collectively to conduct business in regard to diversity and inclusion is clearly broken, and it's up to current and future generations of business leaders to correct it," said Vince Molinari, CEO of FINTECH.TV.Â

Faces of RaceÂ series will debut on FINTECH.TV on Wednesday, February 17. Each episode is 30 minutes and is filmed at the FINTECH.TV studio in the Javits Center.