THE HAGUE, Netherlands, June 12, 2021 /PRNewswire/ -- Part 1 of the CASSIOPEIA phase-3 study compared the addition of daratumumab to bortezomib, thalidomide, and dexamethasone (D-VTd) induction/consolidation with VTd alone in transplant-eligible patients with newly diagnosed multiple myeloma. The results of the study showed superior efficacy of D-VTd over VTd alone in combination with autologous stem cell transplantation (ASCT), which led to the regulatory approval of the treatment. Here, we present the results from the CASSIOPEIA part 2 interim analysis aimed to compare daratumumab maintenance (16 mg/kg every 8 weeks) with observation treatment in all 886 responders from part 1 of the study. 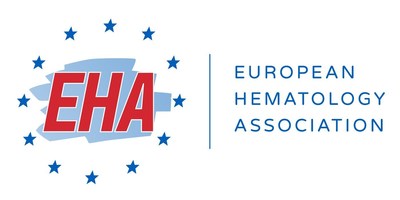 About the EHA Annual Congress: Every June, EHA organizes its Annual Congress in a major European city. This year, due to the persisting COVID19 pandemic, EHA organizes a virtual Congress for the second time. The Congress is aimed at health professionals working in or interested in the field of hematology. The scientific program topics range from stem cell physiology and development to leukemia; lymphoma; diagnosis and treatment; red blood cells; white blood cells and platelet disorders; hemophilia and myeloma; thrombosis and bleeding disorders; as well as transfusion and stem cell transplantation.