SANTA MONICA, Calif., March 1, 2021 /PRNewswire/ -- Universal Music Group (UMG), the world's leading music-based entertainment company, announced today thatÂ Ethiopia Habtemariam, who has served as President of Motown since 2014, has been elevated to Chairman and CEO of the label, reporting directly to UMG Chairman and CEO Sir Lucian Grainge.Â In connection with Habtemariam's promotion, Motown will have greater creative and commercial independence to advance its groundbreaking mission of artistic, social and entrepreneurial empowerment â giving voice to the sound of youth culture for more than six decades.Â 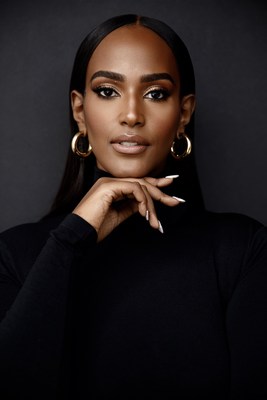 Since joining Motown, Habtemariam oversaw the label's relocation to Los Angeles from New York in 2014 and its subsequent resurgence.Â Under her leadership, Motown continues its traditions of artist development and forging dynamic partnerships with creative and entrepreneurial entities including Atlanta-based Quality Control Music (QC). The QC partnership has resulted in global superstars including City Girls, Migos, Lil Baby and Lil Yachty, with QC growing to become one of today's leading music and entertainment companies. In 2020 Lil Baby's My Turn was the highest selling album of the year with his single, "The Bigger Picture," earning two Grammy nominations for Best Rap Song and Best Rap Performance.

In making this announcement, Sir Lucian Grainge said, "Motown is such an important voice and, just as when it was founded by Berry Gordy, its impact continues to be felt around the world. Motown's resurgence and powerful partnerships under Ethiopia's leadership has advanced the label's legacy as home to some of today's biggest hitmakers and most meaningful voices in music."Â

Habtemariam said, "It's an incredible honor to represent and define what Motown is today. I've always understood the power of music and the responsibility I have, not only to continue to be an advocate for artists and creators, but to forge new paths for entrepreneurs and to lift up our next generation of executives around the world. I'd like to thank Lucian for his constant support and guidance over the years; my Motown team for all they have done and continue to do; the Capitol team for their help in building Motown over these past six years; Clarence Avant who has always taught me about the power of responsibility; and to Mr. Berry Gordy, for his faith in me to carry on his legacy."Â

In 2014, Sir Lucian appointed Habtemariam as President of Motown Records and Executive Vice President of Capitol Music Group.Â Charged with furthering Motown's unique stance as a cultural leader and bringing a twenty-first century definition to that pursuit of Black excellence, Habtemariam has revitalized the storied label that is home to partners and hitmakers including Blacksmith Records (Ted When, Vince Staples), QC (Bankroll Freddie, City Girls, Duke Deuce, Layton Greene, Lil Baby, Lil Yachty and Migos) and Since the 80s (Asiahn, Njomza), along with artists Erykah Badu, Kem and Tiana Major9, among many others.Â Tiana Major9, who joined Motown's roster in the beginning of 2019, is currently nominated for a Grammy (Best R&B Song) for "Collide" with EARTHGANG, which was featured on the critically acclaimed QUEEN & SLIM soundtrack.

Prior to joining Motown, Habtemariam was President of Urban Music & Co-Head of Creative at Universal Music Publishing Group, where she developed the careers of some of the most significant songwriters/producers in music today.

Founded in 1959 by Mr. Berry Gordy, Motown Records created a worldwide platform, crafting relationships and a path for creative Black entrepreneurship. For more than sixty years, Motown Records has been the ideal for Black entrepreneurs around the world â a beacon of transformative, inter-generational success led by forward-thinking leaders and executives who introduced the world to artists including Another Bad Creation, Ashanti, Boyz II Men, Brian McKnight, DeBarge, India Arie, Queen Latifah, Michael Jackson, Michael McDonald, Marvin Gaye, Rick James, The Commodores, The Jackson Five, The Supremes, The Temptations and ZhanÃ©.

About Universal Music GroupUniversal Music Group (UMG) is the world leader in music-based entertainment, with a broad array of businesses engaged in recorded music, music publishing, merchandisingâ¯and audiovisual content in more than 60 countries. Featuring theâ¯most comprehensive catalog of recordings and songs across every musical genre, UMG identifies and develops artistsâ¯and produces and distributes the most critically acclaimed and commercially successful musicâ¯in the world. Committed to artistry, innovation and entrepreneurship, UMG fosters the development of services, platforms and business models in order to broaden artistic and commercial opportunities for our artists andâ¯create new experiences for fans. Universal Music Group is a Vivendi company.