GRANTS PASS, Ore., Feb. 10, 2021 /PRNewswire/ --Â On Sunday, Feb. 14, all Dutch Bros CoffeeÂ  locations will share the Dutch Luv with its annual campaign to raise funds to help fight hunger. The nation's largest privately held drive-thru coffee company will donate $1 from every drink sold across its more than 400 locations to local food banks.Â 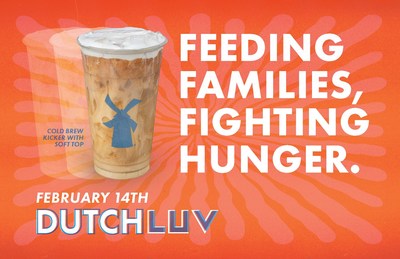 "Serving our communities is the heart of what we do at Dutch Bros," said Travis Boersma, co-founder and executive chairman of Dutch Bros Coffee. "As we continue to grow as a company, our commitment to make a difference in our communities grows right along with it. I'm stoked to see how our broistas, franchisees, operators and customers come together this year to share the Dutch Luv."

Dutch Luv Day started as a canned food drive in 2007. It's grown over the last 15 years to raise more than $1.8 million for nonprofits dedicated to feeding the hungry.

"We're so excited for our 15th annual Dutch Luv campaign," said Katie Hutchison, vice president of philanthropy at Dutch Bros Coffee. "We can't wait to see how our customers will show up to help fight hunger in our communities and make a difference one cup at a time!"

In 2020, Dutch Bros raised $483,346 for its Dutch Luv campaign. This allowed local organizations to serve 1,450,038 meals for hungry members of their community.

If you need inspiration for your next Dutch Bros fix, check out the 6 Drinks You Will Luv A "Latte" this Valentine's Day.

Dutch Bros Coffee is the country's largest privately held drive-thru coffee company, with more than 400 locations and 14,000 employees in 10 states. The company is headquartered in Grants Pass, Oregon, where it was founded in 1992 by Dane and Travis Boersma. Dutch Bros serves specialty coffee, smoothies, freezes, teas, a private-label Dutch Bros Blue Rebel energy drink and nitrogen-infused cold brew coffee. Its rich, proprietary coffee blend is handcrafted from start to finish.

In addition to its mission of speed, quality and service, Dutch Bros is committed to giving back to the communities it serves. Through its Dutch Bros Foundation and local franchisees, the company donates several million dollars to causes across the country each year. 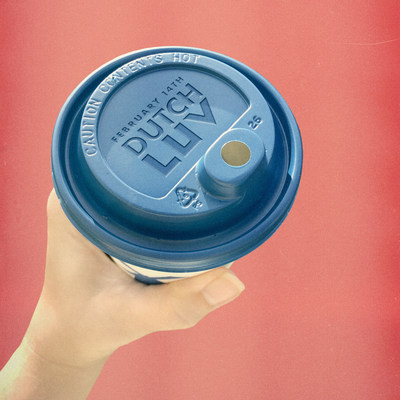