CARLSBAD, Calif., Jan. 27, 2021 /PRNewswire/ --Â From Carlsbad-based documentary filmmaker Brooks Venters comes the film "Finding a Way". It's a biographical documentary exploring the life of Pete Gustin, a world-renowned blind voiceover artist, surfer, and Youtuber. The 26 minute documentary follows Gustin's life from childhood to present, and documents the major challenges he's faced due to his blindness.

"Finding a Way" premiered on January 26 on Pete Gustin's self-run "Blind Surfer" Youtube channel. It's the only channel produced, shot, and edited by a blind person.

The documentary release comes on the heels of an exceptional year for Gustin. He won two Voice Arts Awards from The Society of Voice Arts and Sciences: Outstanding Movie Trailer of the Year for the film "Unhinged", and Outstanding TV Promo of the year for the TV show "Archer". His new Youtube channel has reached over 10,000 subscribers. He also got engaged to his longtime girlfriend Maggie Carpenter. Gustin boasts a storied voiceover career and has been heard on ESPN, Fox, Fox News, CBS, ABC, Cartoon Network, Comedy Central, FXX and many major movie trailers. The documentary is both a documentation and a celebration of Pete's journey and accomplishments.

"Blind Surfer" Pete Gustin said: "I'm super excited about this documentary. It captures the full extent of the challenges I've faced due to my blindness. I've had other media outlets cover my voiceover career and my surfing separately, but this is the first piece that covers it all. It captures the true message that I'm trying to get across, that I've been able to find a way to do what I want through hard work and never giving up."

Brooks Venters produced, directed, shot and edited the documentary. Venters is a North Carolina native and Digital Marketing professional. He moved to Southern California 7 years ago. Venters met Gustin through Instagram in August of 2020. He's been shooting drone footage of Gustin for the "Blind Surfer" Youtube channel since. After learning Gustin's story, Venters saw the potential for a great piece. He has produced several other documentaries covering subjects like homelessness, the life of Bill Walton, andÂ solar-powered homes.

Venters had this to say about the documentary: "After meeting Pete and learning about his story, I felt that his life and the challenges he's overcome needed to be captured in greater detail. He serves as an inspiration to anyone who faces challenges in their life."

"Finding a Way" is now available to watch in full 4k on the "Blind Surfer" Youtube channel here: https://youtu.be/8pD_9Ym6k70. 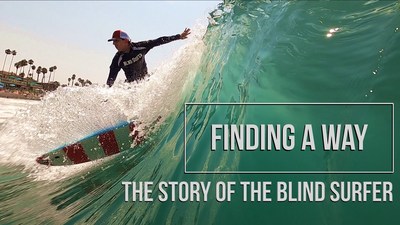 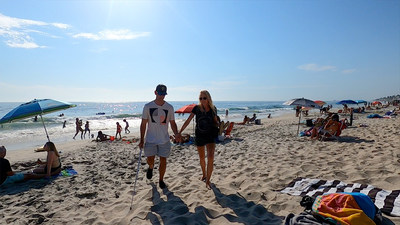