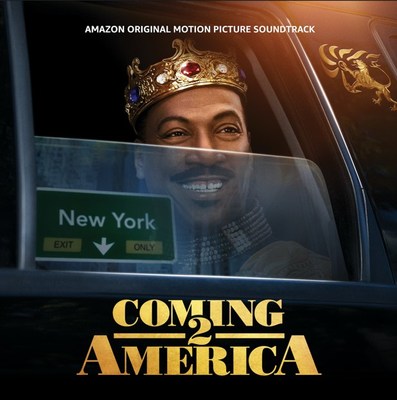 The originalÂ Coming To AmericaÂ boasted a fan-favoriteÂ soundtrack with music from The Cover Girls, Chico DeBarge, Mel and Kim, Sister Sledge, and many more. Additionally, it yielded aÂ BillboardÂ Hot 100 hit in the form of The System's title track "Coming To America" co-written by Nile Rodgers.

Upholding this tradition, the music plays a major role inÂ Coming 2 AmericaÂ once again. The soundtrack's full tracklisting will be revealed soon.

About Prime VideoPrime Video offers customers a vast collection of movies, series, and sportsâ all available to watch onÂ hundreds of compatible devices.

Prime Video is just one of many shopping and entertainment benefits included with a Prime membership, along with fast, free shipping on millions of Prime-eligible items at Amazon.com, unlimited photo storage, exclusive deals and discounts, and access to ad-free music and Kindle e-books. To sign up or start a 30-day free trial of Prime, visit:amazon.com/prime.