Bennett takes over for Jill Campbell, who will retire from Cox Enterprises at the end of the year.

ATLANTA, June 20, 2022 /PRNewswire/ -- Cox Enterprises announced today that Karen Bennett will move from Cox Communications to Cox Enterprises as the company's new executive vice president and chief people officer, effective Jan. 1, 2023. Bennett has been with Cox since 2015 and most recently held the title of executive vice president and chief people officer. Her background includes more than 25 years of leading teams to help maximize talent potential and the total employee experience, while addressing the needs of the business across all areas of HR. 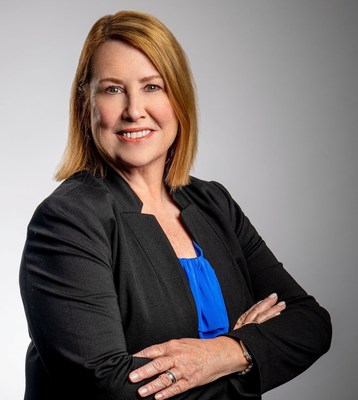 "We're excited to welcome Karen to Cox Enterprises," said Alex Taylor, chairman and CEO, Cox Enterprises. "Her time at Cox has shown that she's a talented leader who not only deeply cares for our people but also thinks strategically when it comes to our business operations. She's been a trusted leader in our company for many years, and we look forward to seeing the impact she will make in this role."

Current Cox Enterprises President and Chief People and Operations Officer Jill Campbell will retire at the end of the year. Campbell is celebrating her 40th year with the company. She shifted from Cox Communications to Cox Enterprises in 2018, and she currently leads the people solutions, real estate, aviation, facilities, security and corporate affairs departments.

"Jill's presence and the impact she's made at Cox isn't something you can put into words," said Taylor. "Our employees and company are some of the most important things to me in my life, and Jill carries that same passion. I have countless examples of things she's said and actions she's taken that have continually renewed my faith in her and her dedication to Cox. She will be sorely missed, but we wish her well in her retirement."

Karen Bennett became executive vice president and chief people officer for Cox Communications in 2017. In this role, she developed and executed a talent strategy that aligns with Cox's operating principles and works through the challenges of driving continual growth in our rapidly evolving business.

Bennett is a graduate of Terry College of Business at the University of Georgia where she earned both her bachelor's and executive MBA degrees. She is an ICF-certified executive coach.

Campbell assumed the role of EVP and chief people and operations officer at Cox Enterprises in 2018, before being promoted to president in 2021. She previously served as chief operations officer of Cox Communications. In this role, she oversaw the company's day-to-day operations, ensuring companywide alignment with competitive strategies to enhance marketplace execution and grow the company's nearly 7 million residential and business customers.

A graduate of the University of Nevada, Las Vegas, Campbell also earned an MBA from Oklahoma City University. She is currently on the board of directors for the Atlanta History Center and Georgia Power, and is a member of the International Women's Forum. Campbell is a member of the International Coaching Federation and is also a certified master coach.

She previously served as a board member for several nonprofit organizations, including United Way, Boys & Girls Club of America, YMCA, Woodruff Arts Center, Girl Talk and the WICT Foundation. She also served on the boards of the California, Arizona and Nevada cable television associations.

Cox Enterprises Cox Enterprises is dedicated to building a better future through our leading communications, automotive and media companies. Our major operating subsidiaries include Cox Communications and Cox Automotive, and we are strategically investing in new industries and emerging technologies, with sizeable interests in clean technology and health care. Headquartered in Atlanta, Georgia, Cox is a global company with $20 billion in annual revenues and brands that include Autotrader, Kelley Blue Book and Cox Homelife. Founded in 1898 by Ohio Governor James M. Cox, the company is a family-owned business committed to its people, communities and planet. To learn more about Cox, visit coxenterprises.com.

About Cox Communications Cox Communications is committed to creating meaningful moments of human connection through technology. The largest private broadband company in America, we proudly serve seven million homes and businesses across 18 states. We're dedicated to empowering others to build a better future and celebrate diverse products, people, suppliers, communities and the characteristics that make each one unique. Cox Communications is the largest division of Cox Enterprises, a family-owned business founded in 1898 by Governor James M. Cox. 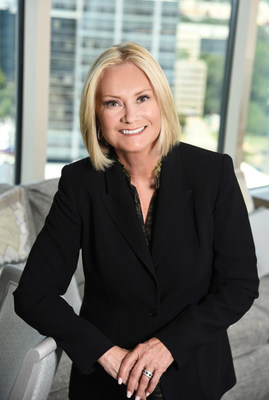