SONOMA COUNTY, Calif., March 16, 2021 /PRNewswire/ -- Barbara Banke, Chairman and Proprietor of Jackson Family Wines, the family-owned wine company that founded Kendall-Jackson winery in 1982, and Churchill Downs Racetrack, proudly announce a four-year partnership in which Kendall-Jackson and La Crema are the Preferred Wines of the Kentucky Derby. The wines of Kendall-Jackson and La Crema will be poured at all Churchill Downs Racetrack events from 2021 until 2024, beginning with Derby Week anchored by the 147th running of the Kentucky Derby on May 1, 2021.Â Â When founder Jess Jackson started Kendall-Jackson in the early 1980s, he quickly became a pioneer in the California Chardonnay movement. His first vintage of the signature Vintner's Reserve Chardonnay was rich in style and it became the benchmark for this leading variety. Out of this newfound success as a vintner emerged the opportunity to expand and acquire other wineries, such as La Crema. The two sister wineries became powerhouses, setting precedent in the wine industry for their unwavering commitment to quality and land stewardship, and leading the wine category in popularity year after year. Kendall-Jackson has been the #1 selling Chardonnay in America since 1992 and La Crema's impact on the wine industry is equally significant by helping to establish prominence for the enviable winegrowing region of Russian River Valley. More notable, La Crema played a fundamental role in propelling single-vineyard wines from cool-climate appellations and was an integral part of the Sonoma Coast's rise to winemaking fame as one of the first wineries to craft Chardonnay and Pinot Noir from this previously unfamiliar region.

"Our winemaking reputation is built on a vision that through a commitment to excellence, hard work, and integrity, you can accomplish great things," said Barbara Banke. "Not only do we embrace these ideals as the backbone of our 40-year wine business, but also our approach to Thoroughbred horse racing. To bring two of our greatest passions together on the global stage at the Kentucky Derby is monumental for us, and we couldn't be happier to be partners with Churchill Downs."

The Jackson family's storied legacy in winemaking runs deep, and while many wine enthusiasts across the nation recognize Kendall-Jackson as the makers of America's favorite Chardonnay, and La Crema, as one of the pioneering wineries in Russian River Valley, the family's endeavors in the elite horse racing world are lesser known. Inspired by the world of horse racing, Jackson ignited a life-long dream in 2005, when he and Banke established Stonestreet Farm on premium farmland in the famous bluegrass hills of Lexington, Kentucky. Since then, Stonestreet Farm has been named the leading North American commercial breeder of Thoroughbred yearlings nine times. Stonestreet has bred and raised the winners of 80 graded stakes including record-setting Gamine and champions Good Magic, Lady Aurelia, and My Miss Aurelia, and enjoyed racing the Hall of Fame inductees Curlin and Rachel Alexandra.

"To have passionate leaders in the horse racing community like Barbara Banke and the Jackson family support the Kentucky Derby with Kendall-Jackson and La Crema, two of their most prominent, critically-acclaimed wineries, just reinforces the tradition of excellence to which we are committed here at Churchill Downs," said Mike Anderson, President of Churchill Downs Racetrack.

As part of the 2021 sponsorship, Kendall-Jackson and La Crema will be poured at all Churchill Downs Racetrack events and highlighted in a variety of activations as the Preferred Wines of the Kentucky Derby. For more information, visit www.KJ.com and www.LaCrema.com.

About Kendall-JacksonKendall-Jackson is one of America's most beloved family-owned and operated wineries. The winery's flagship wine, the Vintner's Reserve Chardonnay, has been America's favorite Chardonnay for over 29 years. Founded by entrepreneur and visionary Jess Jackson in 1982, and now led by his wife Barbara Banke and the Jackson family, Kendall-Jackson is based in Sonoma County and offers a range of acclaimed wines grown on the family's estate vineyards along the coastal ridges of California. Kendall-Jackson is the benchmark for sustainable wine endeavors, setting the precedent for advancement in solar, water, and vineyard practices. Wine Enthusiast Magazine recently named Kendall-Jackson the 2017 American Winery of the Year, one of the wine industry's most distinguished accolades. Recognized as a leader in the industry for more than three decades, Kendall-Jackson has built a reputation centered around consistent, high-quality wines that are available nationwide in national grocery stores, boutique wine retailers, and restaurants. Learn more online at www.kj.com, and follow Kendall-Jackson on Facebook, Twitter, or Instagram.

About La CremaBeloved artisan winery La Crema was founded in 1979 as La Crema ViÃ±era, meaning "Best of the Vine." For 40 years, the family-owned and operated winery has focused exclusively on cool-climate coastal appellations, where ocean winds and fog allow grapes to ripen slowly on the vine. Winemaker Craig McAllister continues to use boutique, time-intensive techniques to produce distinctively balanced and elegant wines. La Crema combines consistent high quality and elegant flavor with a modern, cosmopolitan personality. For more information, visit www.LaCrema.com, and follow La Crema on Facebook, Twitter, and Instagram.

About Stonestreet FarmQuality guides the breeding program at Stonestreet Farm. A broodmare band with world-class pedigree and performance attributes is the foundation; continually improved with high-caliber retirees from the racing stable, as well as the purchase of top-class young performers and proven producers. The guiding focus of Stonestreet is to breed and develop quality Thoroughbreds with strength, stamina and class. Established in 2005 and based in the Bluegrass region of Kentucky, our breeding division is housed across 1,800 acres of the best limestone-based grazing. The program values minimal human intervention and a good balance of proper nutrition, handling, exercise and rest. Stonestreet Farm has been the leading North American commercial breeder of Thoroughbred yearlings nine-times, including in each of the last five consecutive years.

About Churchill Downs RacetrackChurchill Downs Racetrack ("CDRT"), the world's most legendary racetrack, has been the home of The Kentucky Derby, the longest continually held annual sporting event in the United States, since 1875. Located in Louisville, CDRT features a series of themed race days during Derby Week, including the Kentucky Oaks, and conducts Thoroughbred horse racing during three race meets in the Spring, September, and the Fall. CDRT is located on 175 acres and has a one-mile dirt track, a 7/8-mile turf track, a stabling area, and provides seating for approximately 60,000 guests. The saddling paddock and the stable area has barns sufficient to accommodate 1,400 horses and a 114-room dormitory for backstretch personnel. CDRT also has a year-round simulcast wagering facility. www.ChurchillDowns.com.Â Â 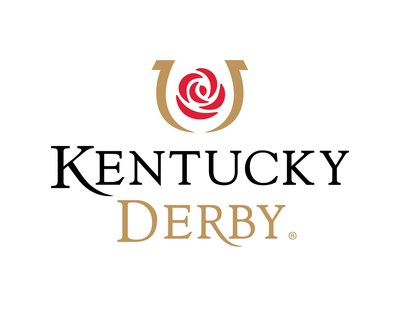