JACKSONVILLE, N.C., Sept. 22, 2022 /PRNewswire/ -- The personal injury lawyers of Burger Law are now accepting clients who lived or worked on the U.S. Marine Corps Base Camp Lejeune in North Carolina between 1953 and 1987 for at least 30 days and experienced health problems. After President Joe Biden signed the PACT Act into law in Aug. of 2022, it is now possible for veterans and civilians to file lawsuits against the U.S. government and to collect benefits and additional compensation for illness, death and other damages suffered as a result of exposure to contaminated finished water on the base.

The lawsuit is not limited to military veterans. Anyone who lived or worked on the base, such as military service members, families of service members, government contractors and civilian workers are all eligible to make a claim. Survivors of deceased family members who were exposed to the water and individuals who suffered birth defects after in-utero exposure are also eligible.

The lawsuits against the United States government will allege that the Navy was negligent in its handling of the water contamination on the base. Because of its failure to adequately act to correct the problem and/or warn residents and workers on the base, plaintiffs will assert that the U.S. government is liable for plaintiffs' damages, who were exposed to the contaminated water and developed serious health conditions as a result.

Multiple reports from the Agency for Toxic Substances and Disease Registry found several carcinogenic toxins present in the finished water supply at Camp Lejeune at higher than acceptable levels for a period of 30 years. Most prominently, the reports found volatile organic compounds (VOCs) tetrachloroethylene (PCE) and trichloroethylene (TCE) at concentrations well above acceptable standards. These and the other toxins present in the water at Camp Lejeune are linked to many serious illnesses including cancer, Parkinson's Disease and birth defects.

The main sources of the water contamination were improper disposal of chemicals by ABC One-Hour Cleaners — an off-base dry cleaner — and leaking underground storage tanks.

Survivors and personal representatives of deceased individuals who were exposed to the contaminated drinking water at Camp Lejeune for a minimum of 30 days between Aug. 1, 1953, and Dec. 31, 1987 and developed cancer or another health defect are now eligible to make a claim.

Gary Burger first represented a Camp Lejeune family over 20 years ago. But with this new law, Gary Burger and other legal professionals advise that obtaining a remedy is now easier and the amount of recovery is much more.

About Burger Law: Burger Law is a law firm based in St. Louis, MO and Chicago, IL, and represents clients throughout the United States. Founded in 2000 by Attorney Gary K. Burger, Burger Law includes teams of trial lawyers who represent individuals, families and class members in Missouri, Illinois, Utah and Wisconsin state courts, Courts of Appeals and various Federal District courts. Mr. Burger and the attorneys of Burger Law are currently accepting clients who wish to make a claim in the Camp Lejeune water contamination case as well as victims in other tort claims such as car accident injuries, wrongful death and product defect cases. The Burger Law firm can be reached at 314-542-2222, [email protected], or by visiting https://burgerlaw.com/camp-lejeune-contaminated-water-lawsuit/. 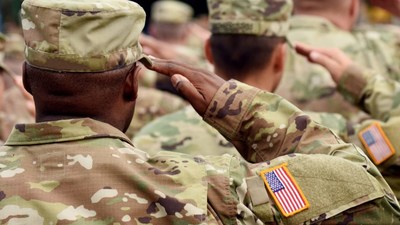