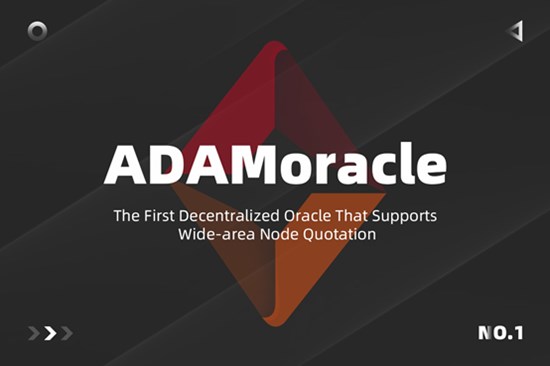 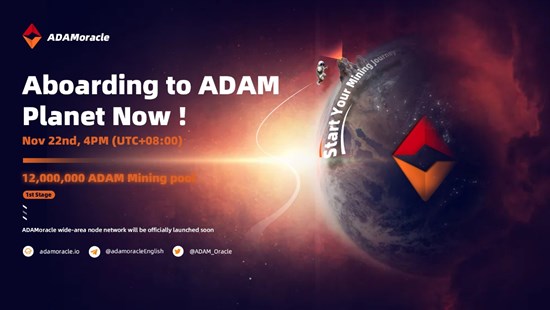 The Prophet 3.0 that is Leading the Times---ADAMoracle

ADAMoracle is a distributed wide-area node oracle network for ADAMoracle Labs to achieve cross-chain and provide price feeding services based on hardware servers. Its core function can link thousands of hardware servers as price feeding nodes to ensure data encryption and security. Realize thousands of nodes to jointly develop ADAMoracle into one of the important members of the DeFi ecosystem. The purpose of ADAMoracle is to build a decentralized oracle network that is safe, credible, accurate, able to prevent sybil attacks, as well as be self-maintained, replace traditional oracles with Turing intelligence, and build a distributed wide-area node oracle into Web3.0 Network.

As the first decentralized oracle that supports wide-area node price feeding, ADAMoracle overcomes the opaque, inconsistent, inaccurate, difficult to expand, and poor resistance to attacks that are common in mainstream oracle products. ADAMoracle not only has distributed data sources and massive diversified server nodes, but also adds data aggregation function in the data feeding service process, which not only greatly increases the cost of oracle network attacks, but also effectively eliminates abnormal data. Under the premise of data transmission security and accuracy, it can meet the data needs of a large number of institutions and smart contract developers. The technical advantages of ADAMoracle and the superiority of overall performance are points that miners and enterprises are very interested in.

NFT, meta-universe's magnificent prospects and lack of realistic foundation are in urgent need of change

Both NFT and Metaverse are the hottest concepts in recent years. However, these fields are currently in the early stage. For example, the multi-chain development of the NFT system and the real landing of the meta-universe application scenarios require the year as a unit of time. The pain point of this is the lack of infrastructure. As the basic service facility of the blockchain system, the oracle is closely related to DeFi, NFT and Metaverse. Only a powerful global oracle network can meet the needs of the rapid development of NFT and Metaverse. This is also the eagerness of ADAMoracle. One of the reasons for the construction of the Web3.0 distributed wide-area node oracle network.

Filecoin and Swarm (BZZ) are the first two project to think of. As an important pioneer in storage and mining area, Filecoin has received widespread market attention before it was officially launched. After listing, it still detonated the market several times, but after several years of ups and downs, the Filecoin dividend period has long ceased; Swarm is the most popular early this year In the name of Vitalik Buterin, the storage and mining project has gained a lot of investment against the reputation of Ethereum, but soon after the project was officially launched, it was rejected by the Ethereum Foundation, and the token price and reputation both fell sharply, Which also caused heavy losses for investors.

As the popularity of Filecoin and Swarm (BZZ) diminishes, there is a certain vacancy in the storage mining market. The emergence of ADAMoracle wide-area node mining is just the right time. The servers of the miners can be operated to make a profit, and the value of ADAM can truly be displayed. 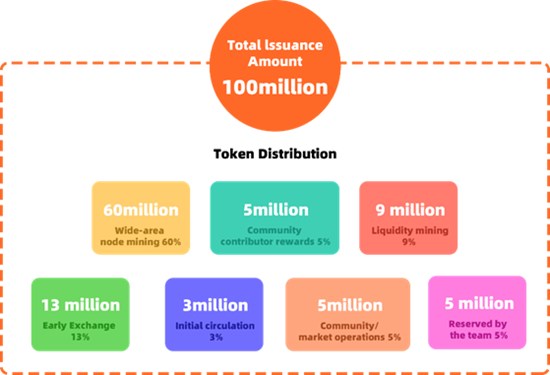 The total issuance of ADAM is 100 million, and currently launched on DODO decentralized exchange, and the current price is about $6.125. (Note: At present, the ADAMoracle project has not officially started wide-area node mining, and there are only 3 million ADAMs in the market as the initial circulation)

The combination of oracle system and node mining, the practicality of the underlying infrastructure and token incentive properties complement each other, creating a closed-loop economic ecosystem for ADAM, node mining output and oracle application expansion go hand in hand, which also makes ADAM have It has a greater practical value.

It can be seen from the economic model of ADAM that wide-area node mining is the center of gravity of the token output, and the node is the center of the operation of the entire oracle. ADAMoracle seeks a decentralized governance ecosystem. Project parties and investment institutions only occupy a small number of ADAM shares, and most of the ADAM shares are given to nodes.

During the "StarCraft" event, the profit rate of ADAMoracle wide-area node mining was clearly displayed. Before the computing power of the network was less than 100,000T, the profit rate of participating in wide-area node mining remained stable at about 400%; and with the continuous increase of computing power, the mining yield began to decline slowly. When the network computing power reached 1.029 million T, the rate of return was still as high as 116.40%. This model very intuitively reflects the importance of participating in early mining.

As the backbone of the industry, miners have higher requirements for project evaluation and are more pragmatic. In order to meet the needs of miners and create the ultimate user experience, ADAMoracle has worked hard on optimizing products. The most market-oriented activity of ADAMoracle since its establishment is probably testing. Through continuous "R&D-Test-Optimization", products such as the oracle, official website, Adam Box and ADAMScan have been successfully launched.

ADAMoracle is the foundation of the project. The official version has been launched. It can provide accurate and effective data services such as on-chain price feed, and more functions are being continuously improved.

The website has been adjusted and upgraded many times, with more comprehensive functions and more user-friendly use. Users can view project-related documents such as white paper, project planning, team introductions, contact channels, and so on. At the same time, important events or developments of the project will also be announced on the official website, please pay close attention to it.

Adam Box, ADAMoracle's wide-area node mining product, is currently undergoing the second round of public testing. The problems reported by users in this event are being repaired. The overall user experience of Adam Box is very smooth, which can achieve efficient computing power pledge and quick settlement of income. 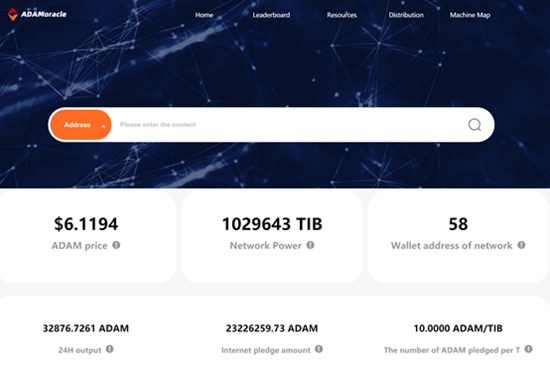 ADAMScan, the exclusive block chain browser of ADAMoracle, can clearly report the mining process of wide-area nodes, including the total network computing power, participating addresses, current total pledge token, 24 hours output and distribution of miners, etc. Users can have a full understanding of the real-time progress of the project.

An open decentralized system is an important criterion for measuring a blockchain project. While participating in the project, miners also make a comprehensive assessment of the overall situation of the project, such as whether the project is worth investing in and safe. security, rate of return, etc. The public test computing power exceeding 1000P is a satisfactory evaluation given by the miner to the ADAMoracle. 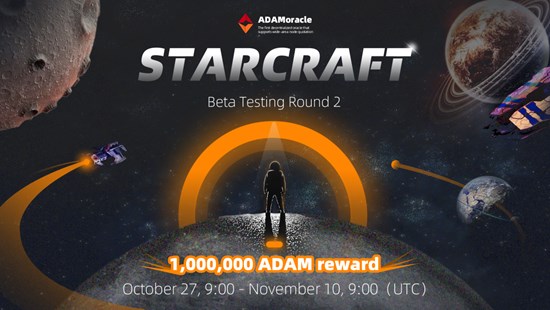 "StarCraft" has been mentioned many times in the previous content. It is not only the second round of wide-area node public beta of the ADAMoracle, but also a preview of the project's upcoming node mining. It is also a large-scale early participant feedback event. By participating in the "StarCraft", users can get a free borrowed coin mining quota, the total borrowing quota is up to 1 million ADAM, and the quota is configured based on the user's participation in the computing power 1:1. According to the rules, users need to pledge 30 ADAM for every 1T of space contributed. When users participate in activities and contribute 100T of space, they can get 3000 free ADAM borrowed coin mining quotas. When ADAMoracle officially launches wide-area node mining, there will be a conditional 5:1 release of free borrowing quota, which can obtain an additional 20% of the total income relative to the participating nodes.

To view the source version of this press release, please visit https://www.newsfilecorp.com/release/104329