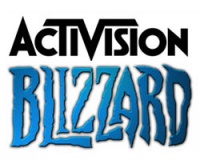 Wells analyst says, "With the industry's biggest release in Q4 2009 and an impressive game slate for 2010 we think Activision represents a strong way to play the interactive entertainment sector. We are initiating 2010 non-GAAP sales and EPS estimates of $5.07B and $0.77, which are slightly above the consensus of $5.01B and $0.76. Our valuation range applies an 18-21x forward P/E multiple to our CY2010 EPS estimate of $0.77.

"Modern Warfare 2 to drive near-term strength. We model 13MM units and $681MM in sales for this title during Q4, which excluding PC assumes a 20% attach rate on the current PS3 and XBOX360 installed base of about 59MM units. However, considering the 35% attach rate experienced by GTA IV, coupled with Modern Warfare 2's impressive first week sales of $550MM, we see the potential for upside to our estimates for this game. As a result, we remain confident Activision can achieve our Q4E non-GAAP sales and EPS of $2.24B and $0.44, even if DJ Hero, Tony Hawk, and Band Hero underachieve...2010 looks like another solid year.Strength in Blizzard to offset decline in music during 2010."

To see all the upgrades/downgrades on shares of ATVI visit our Analyst Ratings page.