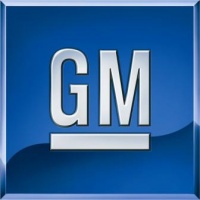 Goldman Sachs reinstates coverage on General Motors (NYSE: GM) with a Buy rating and $35 price target, suggesting 28% upside. Shares of GM on Not Rated-status pending the completion of its purchase of 200 million shares owned by the US Treasury.

The firm's said they buy rating is appropriate given expectation for 17% EBITDA growth next year driven primarily by the convergence of North American margins towards those at Ford and a secular improvement in Brazilian profitability. Both these will be driven by major product refreshes into 2013, volume improvements and a benign input cost environment, according to the firm.

Following the share buyback from Treasury, Goldman is raising 2013 and 2014 EPS estimates rise by 11% and 10%, respectively, to $4.49 and $5.36 driven by the reduced share count with a slight offset from lower interest income. The firm's numbers are well above the Wall Street consensus of $3.82 and $4.81, respectively.