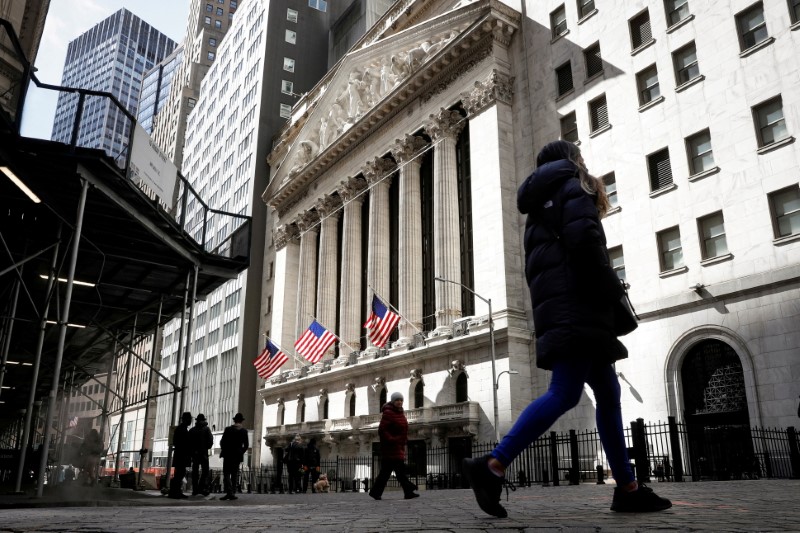 (Reuters) -Shares of AMC Entertainment Holdings shot higher on Monday, setting the stage for another week of roller-coaster trading in shares of the theater chain operator and other retail investor favorites.

AMCâs shares were recently up 18.3% at around $58.50 after edging 3% higher last week. The company said in a filing last week that over 80% of its shares were held by retail investors.

Rallies in AMC and video game retailer GameStop, as well as a fresh crop of so-called meme stocks - companies popular with retail investors congregating on forums such as Redditâs WallStreetBets - have breathed fresh life into a frenzy that first garnered widespread attention in January, when an unwind of bearish bets helped send GameStopâs shares up more than 1,600% that month.

Billionaire investor Paul Tudor Jones of Tudor Investment Corp told CNBC on Monday that the âcraziest mix of fiscal and monetary policyâ has helped fuel the blistering rallies in some meme stocks as well as other assets, such as special purpose acquisition companies, or SPACs.

"Things are absolutely bat-s crazy and at some point you have to say, 'slow down, let's get back in the lanes and we'll drive like we used to," Tudor Jones said on CNBC.

Investors were also focused on vaccine developers, with shares of Novovax experiencing sharp swings after the company reported late-stage data from a U.S.-based clinical trial showing its vaccine was more than 90% effective against COVID-19 across a variety of variants of the virus..

The companyâs shares had reversed early gains and were recently down about 2.3% at $204.75 after approaching $230 earlier in the session.

Meanwhile, shares of gaming equipment maker Corsair Gaming Inc jumped by 16%. The company - which has a short interest of 18.25% of free float, according to Refinitiv data - was the top trending stock on Stocktwits earlier on Monday, with a 26.9% jump in message volume.