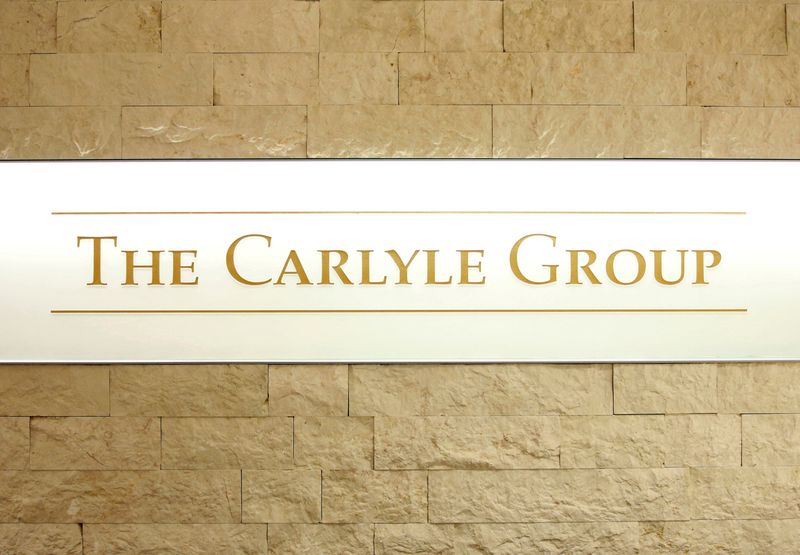 FILE PHOTO: The logo of the Carlyle Group is displayed at the company's office in Tokyo, Japan October 17, 2018. REUTERS/Issei Kato/File Photo

NEW YORK (Reuters) - Carlyle Group Inc is in talks about putting together an acquisition offer for Heritage Provider Network Inc (HPN), a U.S. urgent care group that has been exploring a sale at a valuation of between $8 billion to $10 billion, people familiar with the matter said.

Carlyle, a Washington, D.C.-based buyout firm, has been in discussions with other private equity firms about assembling a consortium that would make an offer to acquire HPN, the sources said.

Bloomberg News reported in October 2021 that privately-held HPN was exploring a sale. There is no certainty that a Carlyle-led bid will materialize or that will be attractive enough to clinch a deal with HPN's controlling shareholder Richard Merkin, who is also the company's founder and chief executive, the sources added.

HPN generates annual cash flow of around $600 million, according to the sources.

The sources requested anonymity because the matter is confidential. HPN did not respond to a request for comment and a Carlyle spokesperson declined to comment.

Were a deal to materialize, it would rank among the largest leveraged buyouts of the year. These deals have become challenging to put together after rapid rises in interest rates resulted in banks losing money in trying to sell junk-rated debt to investors, making them wary of making new commitments to private equity firms.

Only two leveraged buyouts worth more than $10 billion in value were announced so far this year in the U.S., compared with five in all of 2021, according to data provider S&P Global Market Intelligence.

Merkin founded the predecessor of HPN in 1979 and incorporated the company under its current name in 1996. Merkin grew the Los Angeles-based company into a managed care powerhouse in the Californian market, where it serves nearly 700,000 individuals.

The HPN network comprises more than 3,700 physicians, more than 10,000 specialists and almost 1,700 affiliated facilities, according to the company's website. HPN also has a footprint in New York and Arizona.

Consolidation in the primary and urgent care sector -- often fueled by private equity dealmaking -- is on the rise, as healthcare operators race to provide alternatives of scale to hospital systems and capitalize on the backlog in treatments caused by the COVID-19 pandemic.

Large companies from Amazon.com Inc to CVS Health Corp have also been turning to acquisitions in this space to add care to their offerings. Amazon agreed in July to buy primary care provider One Medical for $3.49 billion, while CVS inked a deal in September to acquire Signify Health for $8 billion.