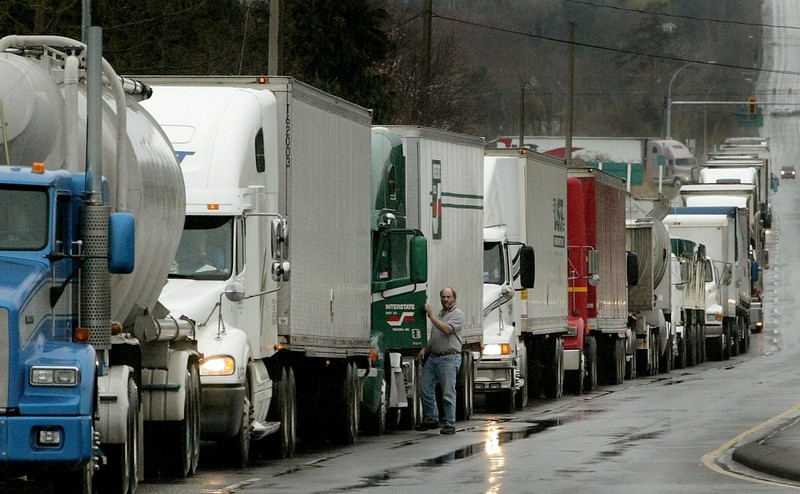 Daseke did not disclose the amount it paid for the companies, with a combined revenue of $320 million. The trucker finished 2016 with more than $650 million in revenue and expects to enter 2018 with revenue of $1.2 billion with the new companies included, its chief executive officer told Reuters.

The deals are the latest example of major trucking players in the deeply fragmented and low-margin industry scooping up smaller operators ahead of looming digital record-keeping regulations and amid a shortage of drivers in the industry.

"There is a tremendous opportunity to consolidate what is a very fragmented market," Chief Executive Officer Don Daseke told Reuters by phone.

The deals which closed on Friday reflect a growth strategy that has elevated Daseke from a family-owned $30 million trucking company in 2009 to a publicly traded carrier operating more than 5,000 trucks in the United States, Canada and Mexico with a market value of $570 million.

Daseke moves industrial freight for companies like Boeing (NYSE: BA), Caterpillar (NYSE: CAT) and Nucor (NYSE: NUE) as well as the U.S. Department of Defense, yet controls less than one percent of the $133 billion open-deck and specialized trucking niche.

Moore and Roadmaster give Daseke access to higher-margin freight like enormous glass panels and ammunition while lowering capital costs via owner-operator Tennessee Steel Haulers, which manages other operators' fleets.

Acquisitions have driven about 85 percent of Daseke's growth since 2009. The Addison, Texas-based company has closed 16 deals since then.

Daseke approaches companies that are not for sale, courting regional companies with solid management teams and customer relationships in a process that can take years.

"These entrepreneurs that are joining us have great relationships that we want them to continue to have and to own and accentuate," Daseke said.

The company went public in late February through a merger with Hennessy Capital Acquisition Corp II.