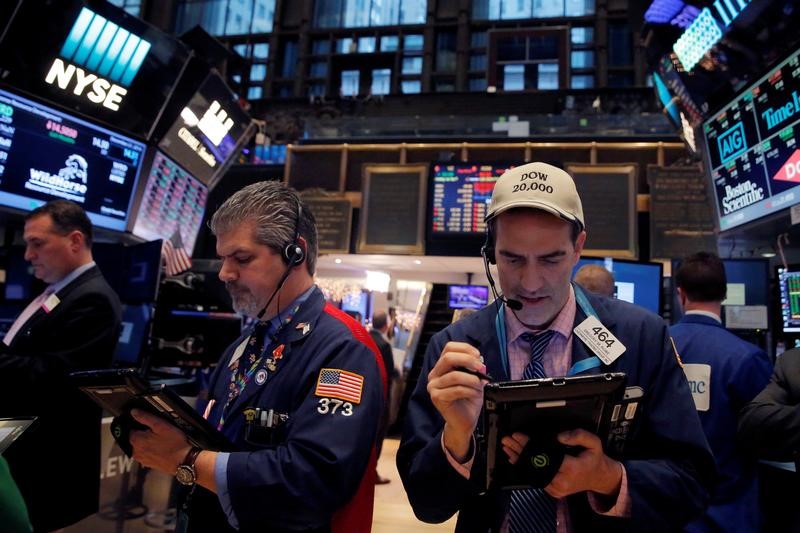 Trump vowed last Thursday to make a major tax announcement over the next few weeks, adding fuel to a rally that had stalled amid worries about the potential impact of his protectionist trade stance and a lack of clarity about other policy reforms.

The S&P 500 has surged about 9 percent since Trump's Nov. 8 election, boosted by expectations he would lower corporate taxes, ease regulations governing banks and increase infrastructure spending.

"Day after day, corporate executives from a variety of industries are being brought to the White House to consult with the president. Business does seem to be back in the driver's seat, and I think that's why people are willing to pay up a little bit more for stocks," said Jamie Cox, managing partner of Harris Financial Group in Richmond, Virginia.

Strong economic data in recent weeks has been supported by upbeat corporate results. S&P 500 companies are on track for their strongest profit growth in nine quarters, according to Thomson Reuters I/B/E/S.

"What is underlying this whole Trump rhetoric is that fundamentals in the world, including the U.S., are getting better," said Brent Schutte, chief investment strategist at Northwestern Mutual Wealth Management.

Apple (NASDAQ: AAPL), a component of all three indexes, rose 0.9 percent and closed at a record high for the first time since 2015. Goldman Sachs increased its target price for Apple's shares on expectations of strong iPhone sales this year.

About 6.3 billion shares changed hands in U.S. exchanges, below the 6.7 billion daily average over the last 20 sessions.

Advancing issues outnumbered declining ones on the NYSE by a 1.51-to-1 ratio; on Nasdaq, a 1.39-to-1 ratio favored advancers.