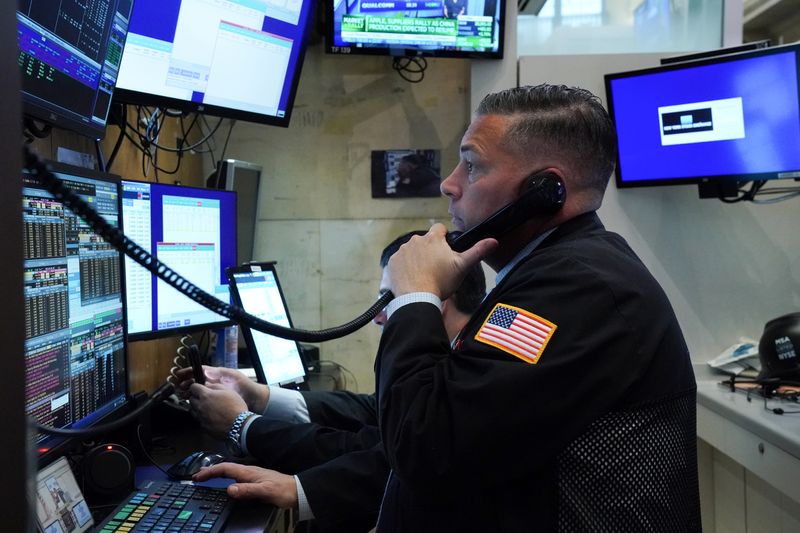 (Reuters) - The benchmark S&P 500 posted a record closing high on Wednesday as U.S. stocks rallied for a third straight day on encouraging U.S. economic data and waning fears of the financial fallout from the corona virus in China.

The ADP National Employment Report showed private payrolls jumped by 291,000 jobs in January, the most since May 2015, while a separate report showed U.S. services sector activity picked up last month, suggesting the economy could continue to grow moderately this year even as consumer spending slows.

The S&P 500 <.SPX> has more than recovered from last week's steep losses after China boosted liquidity to limit the economic impact of the coronavirus outbreak.

âThere are few alternatives to stocks in this low interest rate environment and as long as the economy shows that it can hang in there, people keep coming back to the market as the place to be invested,â said Rick Meckler, partner at Cherry Lane Investments in New Vernon, New Jersey.

"Right now, they are more afraid about missing out on the market than they are about a sell-off,â Meckler said.

Energy <.SPNY> was the best-performing S&P 500 sector, jumping 3.8% along with a rise in crude prices.

The healthcare sector <.SPXHC> climbed 2.0%, led by health insurers as well as by a 17.5% jump in shares of Biogen (NASDAQ: BIIB) after the biotech company won a patent ruling on a multiple sclerosis drug.

Shares of Tesla (NASDAQ: TSLA) cooled off after a huge six-day rally, dropping 17.2% after a senior executive warned that the coronavirus outbreak in China would delay deliveries of Model 3 cars made at its Shanghai plant.

The fourth-quarter reporting season for large U.S. companies is more than halfway done, with S&P 500 firms posting a 1.6% rise in earnings for the period, according to IBES data from Refinitiv.

"We have had some mixed results, but the big names have been surprising to the upside," said Delores Rubin, senior equities trader at Deutsche Bank Wealth Management in New York. "As that continues, folks are not finding that many reasons not to be in the market."

Merck (NYSE: MRK) shares dropped 2.9% after the drugmaker said it will spin off its women's health, biosimilar drugs and older products into a separate publicly traded company.

Advancing issues outnumbered declining ones on the NYSE by a 3.14-to-1 ratio; on Nasdaq, a 2.41-to-1 ratio favored advancers.

About 8 billion shares changed hands in U.S. exchanges, above the 7.7 billion daily average over the last 20 sessions.