Wall Street ends near flat on cautious note ahead of Fed 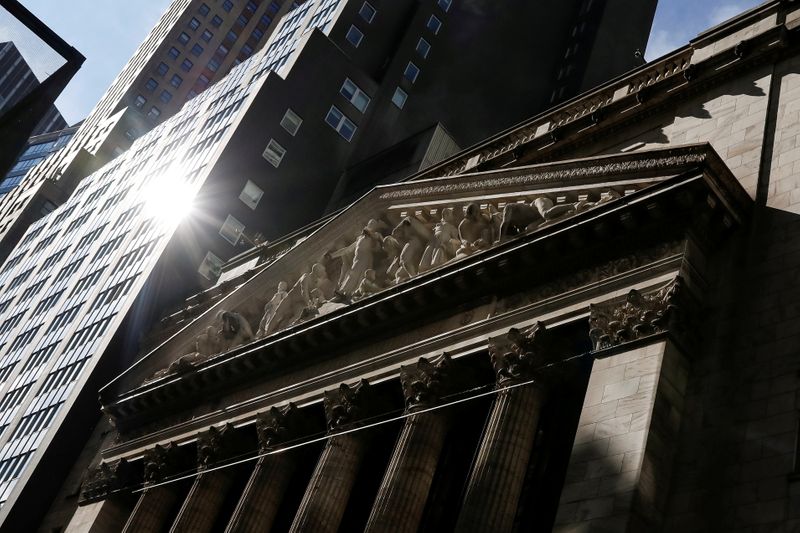 NEW YORK (Reuters) - U.S. stocks ended near flat on Tuesday after a broad sell-off the day before, with worries over troubles at developer China Evergrande and caution ahead of Wednesday's Federal Reserve policy news keeping a lid on the market.

Trading was choppy, with the Dow and S&P 500 erasing session gains just before the close, while the Nasdaq finished slightly higher.

Shares of Walt Disney Co fell 4.2% and were the biggest drag on both the S&P 500 and Dow after Chief Executive Officer Bob Chapek said the resurgence of the Delta variant of the coronavirus was delaying production of some of its titles.

Concerns over China Evergrande Group have put investors on edge and added to recent worries over economic growth from the Delta variant.

Persistent default fears overshadowed efforts by Evergrande's chairman to boost confidence in the firm on Tuesday, while Beijing showed no signs it would intervene to stem any effects across the global economy.

"People have been preconditioned to buy pullbacks for most of the last year plus," said Michael James, managing director of equity trading at Wedbush Securities in Los Angeles.

"But that overhead nervousness is still there," he said. "The Evergrande situation is still a black cloud hanging over global markets. Combine that with uncertainty with Fed commentary coming tomorrow, and there's a reluctance to get overly aggressive on the long side."

Investors are waiting for the end of this week's Fed meeting that may shed light on when its massive purchase of government debt will begin to ease.

Officials will reveal new projections as investors also are on alert for any timing on rate tightening.

The S&P 500 index traded below its 50-day moving average, its first major breach in more than six months. The average has served as a floor for the index this year.

Analysts say a breach of the index's 200-day moving average may now be in sight.

Advancing issues outnumbered declining ones on the NYSE by a 1.32-to-1 ratio; on Nasdaq, a 1.35-to-1 ratio favored advancers.

Volume on U.S. exchanges was 9.73 billion shares, compared with the 9.95 billion average for the full session over the last 20 trading days.