Tesla (NASDAQ: TSLA) CEO Elon Musk is making waves again on Twitter after suggesting his company could be largest company in terms of market cap "within a few months."

âI think there is a >0% chance Tesla could become the biggest company," Musk tweeted in response to a bullish comment about FSD, or "Full Self Driving."

Musk later added that this could happen "within a few months," in a tweet that was later deleted, according to the Washington Post. 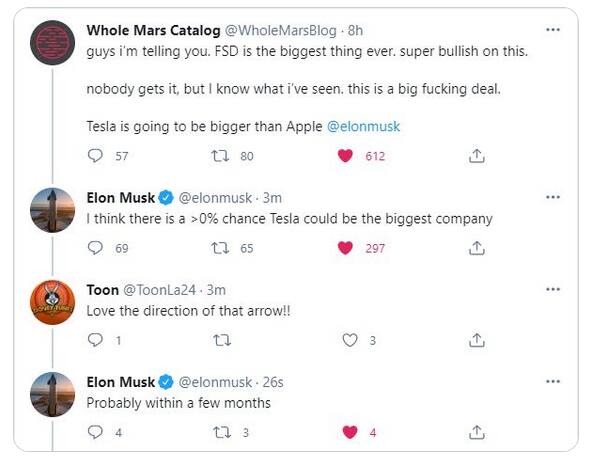 Interestingly, Musk's tweets on FSD came just shortly after a scathing video released last night on YouTube claiming "massive deception" by Tesla on full self driving. The video, which was subsequently removed from YouTube, claims that Tesla's FSD is killing people âright now." The video can still be found here.