Aon's EU concessions for $30 billion Willis bid may not be enough: sources 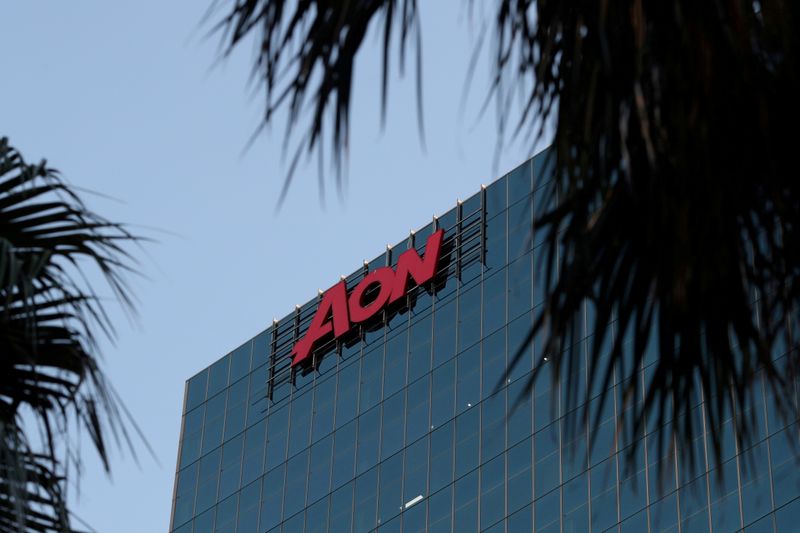 FILE PHOTO: FILE PHOTO: An office building with the Aon logo is seen amid the easing of the coronavirus disease (COVID-19) restrictions in the Central Business District of Sydney, Australia, June 3, 2020. REUTERS/Loren Elliott/File Photo/File Photo

Aon is looking to the acquisition to create the world's largest insurance broker ahead of Marsh & McLennan Companies Inc as the industry grapples with rising claims and new challenges from the COVID-19 pandemic and climate change.

Last Friday, the London-headquartered company submitted concessions to the European Union's competition watchdog, which did not disclose details in line with its policy. The watchdog often requires acquiring companies to make concessions that will strengthen rivals before giving its go-ahead.

Aon has proposed selling Willis Re, its biggest concession, and Willis' German retirement benefits and consulting business. It has also offered to sell Willis' insurance broking activities in France, including French unit Gras Savoye, as well as in Germany, Spain and the Netherlands, one of the people said.

In addition, Aon is offering to sell Willis' entire property and casualty business portfolio servicing large multinationals in those four countries and other European assets to service these clients, as well as its financial and professional lines, the person said.

"The remedy does not reflect market reality. It leaves out multinationals in other countries," the person said.

"It would help a lot if Willis UK is divested because a lot of specialities sit there. Aon needs to divest Willis' global network. The remedy here is about Europe, it doesn't address needs outside Europe," the person said.

Willis' UK cyber business, UK financial and professional lines, its global aviation business and space business are also part of the concessions package, while Willis brokers in Italy, Portugal and the Netherlands could be transferred to the buyer of the assets.

The European Commission has given rivals and customers until Friday to respond to the proposal. It is schedule to decide on the deal by July 12.