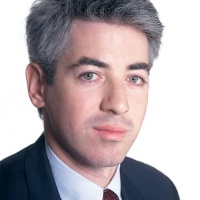 Bill Ackman of Pershing Square Capital proved his trading acumen again today after Fannie (NYSE: FNM) and Freddie (NYSE: FRE) plummeted 90% after entering into U.S. conservatorship. Ackman has been short the common shares of both at least since July.

On Friday, Ackman even sent his latest letter to Treasury Secretary Henry Paulson outlining his plan on a bailout of the two GSEs. It is unclear if Ackman's letters had any influence on how the bailout was structured, but it may have served as a reminder to market participants and investors in his fund that he was RIGHT again.

Ackman has proved his smarts in this current credit crunch. He was short other big losers from this meltdown, including bond insurers MBIA (NYSE: MBI) and Ambac (NYSE: ABK). While those stocks are well off the lows, he clearly made a bundle off the short trade.

Ackman also recently made a fortune off his long position of Longs Drug (NYSE: LDG), after that company was acquired by CVS (NYSE: CVS) shortly after he accumulated his stake.

Other Ackman long positions have fared worse, which in this uncertain market may go without saying. Ackman took a big massive 9.5% position in retailer Target (NYSE: TGT), which has not done well compared to competitor Wal-Mart (NYSE: WMT). Shares of Target are down 6% over the past year. Ackman is still sticking with his bullish Target call, saying the stock could go to $120 in three years. Ackman has also been hurt in his long position in Borders (NYSE: BGP), although recent loans to the company could put him in-the-money again on the position.