Shorts Sellers Under Attack As Financials Melt Down 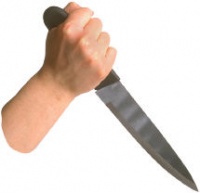 Regulators, politicians and some market participants are out in force today targeting short sellers, blaming them for the relentless selling pressure in financial stocks, as arguably the worst credit crisis in history plays out.

Yesterday, embattled SEC Chairman Christoper Cox announced actions to protect investors from naked short selling. The rules require short sellers and their broker-dealers to deliver securities by the close of business on the settlement date. The new rules also go a step further, saying those short sellers who lie about their intention or ability to deliver securities in time for settlement will be prosecuted. In addition, Cox asked the Commission to consider a new disclosure rule that will require hedge funds and other large investors to disclose their short positions.

Today, in one of the boldest moves to date, UK regulators temporarily banned short-selling of shares in publicly-traded financial companies. The rule is in place until January 16, 2009.

Large US pension funds, including Calpers and Calstrs, said they will temporarily halt lending of Morgan Stanley (NYSE: MS) and Goldman Sachs (NYSE: GS) shares, following those stocks massive slides. By pulling the shares, short sellers will not be able to access the them to borrow and sell.

Market pundit Jim Cramer has been calling for the re-introduction of the up-tick rule, which requires stocks to trade on an up-tick before they can be shorted. The rule was dropped in June of 2007.