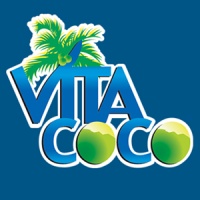 Coconut water maker The Vita Coco Company (NASDAQ: COCO) is set to launch its IPO next week. The IPO will be available for investors on the RobinHood IPO access platform, among other brokerages. Below are seven important things investors should know before the IPO:

4. IPO Valuation: A pricing at the mid-point of the range would value Vita Coco at $1.08 billion.

7. Total Addressable Market (TAM): The company operates in the large and growing non-alcoholic beverages industry, which consists of bottled water, carbonated soft drinks, juice, ready-to-drink coffee and tea, energy drinks, sports drinks, drinking milk products and other non-alcoholic beverages. Global non-alcoholic beverages on-and-off combined retail sales exceeded $952 billion in 2020 and are expected to reach $1.36 trillion by 2025, representing a CAGR of 7%, according to Euromonitor. The United States, which is our largest market, generated retail sales of over $119 billion for the 52 weeks ended May 16, 2021, according to SPINS. In line with retail, foodservice also represents a significant opportunity for the company, which they believe expands the total addressable market even further.