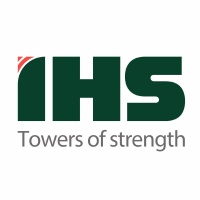 IHS Holding Limited (NYSE: IHS), one of the largest independent owners, operators and developers of shared telecommunications infrastructure in the world, is due to launch a U.S. public offering of its stock on Thursday. The company is operating over 30,000 towers across 3 continents. Here are 9 key things to consider about the upcoming IHS Towers IPO.

3. Shares Offered - IHS Towers is looking to sell 22,500,000 of its common stock, with the company selling 18 million shares while existing shareholders will divest 4.5 million. The S-1 filing shows the number of outstanding shares after IPO offering would be 328,053,869 shares.

5. IHS IPO Raised Proceeds: At the midpoint of the pricing range, IHS Towers is looking to raise $405 million. The company plans to use the raised proceeds to fund organic and inorganic growth and other general purposes.

8. IHS Ownership - Three largest shareholders are Mobile Telephone Networks (Netherlands) with a 25.6% stake in the company after the IPO, Wendel (23%), and ECP (13.4%)