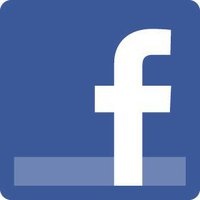 BMO Capital upgraded Facebook (NASDAQ: FB) from Underperform to Outperform in resumed coverage after a two-month restriction. The firm also hiked its price target from $15 to $32.

Analyst Daniel Salmon believes the company is "experiencing a reacceleration of ad spending from large brands that are returning for mobile "reach & frequency" and more video ads." The analyst also believes direct response advertisers are now armed with a proper set of ad buying tools. While Facebook Exchange receives most of the attention, Custom Audiences has the best feedback, according to the analyst.

Facebook is also more fully embracing native monetization like Sponsored Stories and Gifts, and conversations with agency contacts indicate Facebook has improved its outreach to Madison Avenue, the analyst notes.

Other possible near-term supports for the stock include: A still small, but important new force in US political advertising; Addition to S&P 500 likely coming; New York City design team could better coordinate ads and user interface.

On the possible S&P 500 addition, the analyst note: "We believe the market is already anticipating it, but an addition to the S&P 500 sometime in 2013 (likely after the May 18 IPO anniversary) will trigger some brief technical buying."

The $32 price target is based on 45x 2013 non-GAAP P/E, versus 25x previously. "We believe rising estimates will pull up the multiple and 45x still comfortably falls between GOOG's 15x multiple and LNKD's 100x," Salmon said.