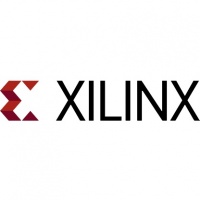 Xilinx (Nasdaq: XLNX), a California-based semiconductor maker, attracted a $15 billion takeover offer, according to sources claiming to have knowledge of the matter. The identity of the interested party was not made known at this time.

If the information is accurate, and negotiations are successful, Xilinx would be the latest semiconductor domino to fall in a consolidation movement that has sustained itself for years, fueled by a combination of cheap debt and softening revenue growth.

Xilinx has long been rumored as a likely target given, among other reasons, its digestible size, with an enterprise value near $10 billion. On January 19 of this year, the company entered into a change of control agreement with executives, stoking further speculation that a deal was on the horizon.

Qualcomm (Nasdaq: QCOM), previously cited as a potential suitor for Xilinx, didn't respond to a request to comment on the rumor. Representatives for Xilinx couldnât be reached.