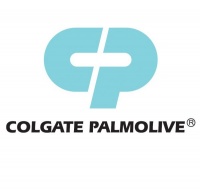 In private discussions with Unilever's (NYSE: UL) board, its bankers urged the company to pursue an agreement to acquire Colgate-Palmolive (NYSE: CL) while conditions are ripe, according to a person claiming to have knowledge of the matter.

Bankers pointed out three factors that could impact the timing of Unileverâs decision, including strength in pound sterling, share price gains in Unilever, and relative weakness in shares of Colgate. The conversation centered around a potential takeover of Colgate that would be financed with 50% cash and 50% stock, the person said.

It wasn't clear if Unilever will act on the recommendation, or whether they have or plan to engage in discussions with Colgate-Palmolive in the near term.

Unilever was forced to review its strategic plan after Kraft Heinz (Nasdaq: KHC) in February dropped its bid to acquire the company following opposition from management at Unilever. At the time, Kraft-backer Warren Buffett characterized the dispute as a misunderstanding, and said Kraft was only interested in a friendly deal. However, recent speculation on Wall Street suggested Kraft could come back for Unilever. In a note to clients earlier this month, Susquehanna analyst Pablo Zuanic said he see a 75 percent chance Kraft will approach Unilever with a hostile bid.

âWe think it is telling KHC has done nothing (M&A wise) for the past five months,â wrote the analyst, who continues to see Unilever as a good fit for Kraft.

For its part, Unilever has slashed expenses as part of an effort to drive profitability, and investors have taken notice. Shares surged 34% since Kraftâs approach, making Unilever less attractive as a target. Gains also provide it with additional ammunition if it chooses to pursue a stock-for-stock or partial stock takeover of rival Colgate. Meanwhile the value of the pound has clawed back losses vs the dollar following Brexit, rising from a low near 1.20 to around 1.30 â another arrow in Unileverâs quiver should it pursue an acquisition of Colgate.

Representatives for Unilever haven't responded to a request to comment on the rumor.