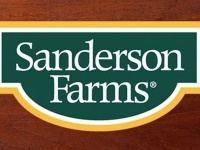 Sanderson Farms (NASDAQ: SAFM) is exploring a sale, according to Dow Jones, citing people familiar with the matter.

It tapped Centerview Partners for advice on the potential sale and has attracted interest from suitors including Continental Grain.

In October 2020, StreetInsider.com reported the Sanderson Farms received a $142 per share takeover bid from Tyson Foods (NYSE: TSN) and Durational Capital, according to a source.