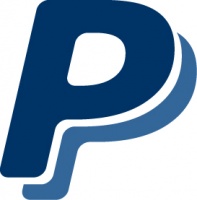 Pinterest stock is up roughly 12% on the report to command a market cap of nearly $40 billion. On the other hand, shares of PayPal have plunged 6% to push the market cap lower to $301 billion.

The payments giant is reportedly looking to close the deal by the time it reports its quarterly earnings on November 08.

The social media company went public in April 2019 at a market cap of just $10 billion.

Analysts so far are mixed on the potential deal.

Mizuho Securities analyst Dan Dolev said positive include a deeper reach for Paypal into internet and/or e-commerce. While questions include an "unknown degree of user overlap, rapid deceleration in Pinterest user growth in recent quarters, and the deal potentially signaling that PYPL's organic net new adds in 2H may be weaker than hoped."

Wedbush analyst Moshe Katri sees the deal as a "significant positive" for PayPal's ongoing monetization initiatives on both sides of its merchant and consumer platforms. This could be amplified if Pinterest's social commerce platform gets integrated with Honey's AI into PayPalâs destination app, Katri added.