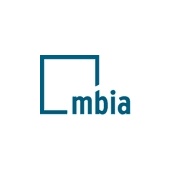 MBIA (NYSE: MBI) has received takeover bids from rivals Assured Guaranty Ltd. (NYSE: AGO) and another company, according to a source. Talks are said to be in the more advanced stages.

Ambac Financial Group (NYSE: AMBC) was initially thought be be one of the bidders but a spokesperson later stated that Ambac did not make a bid to acquire MBIA.

In early November, the financial guarantor company announced it would explore a sale following the substantial restructuring of the company’s Puerto Rico credits. The company is working with Barclays on the potential deal and said it would reach out to both strategic and financial buyers.

Analysts have seen Assured as a natural buyer of MBIA. Assured has, in the past, made its intentions known that it wants to consolidate the remaining firms in the industry.

KBW analyst Thomas McJoynt-Griffith thinks a sale of MBIA will be “well-received,” but the news of a potential deal didn’t prompt him to change his Market Perform rating or $13 price target. He said his $13 price target is supported by “both a runoff scenario and a sale/monetization/liquidation scenario.”

McJoynt-Griffith thinks a sale to Assured Guaranty Ltd makes the most sense unless a financial buyer emerges, but he said that would be “surprising.”

MBIA said it has no comment when asked about the two strategic bids. Assured has not responded to a request to comment.