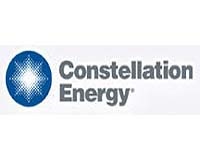 Under the terms of the agreement, EDF Group will also make several key investments to strengthen Constellation Energy's liquidity position:

- EDF Group has provided Constellation Energy a $600 million interim backstop liquidity facility, which will remain available until receipt of all regulatory approvals relating to the transfer of the non-nuclear generation assets that could be sold under the asset put option or the date that is six months after the date of the investment agreement, whichever is earlier.