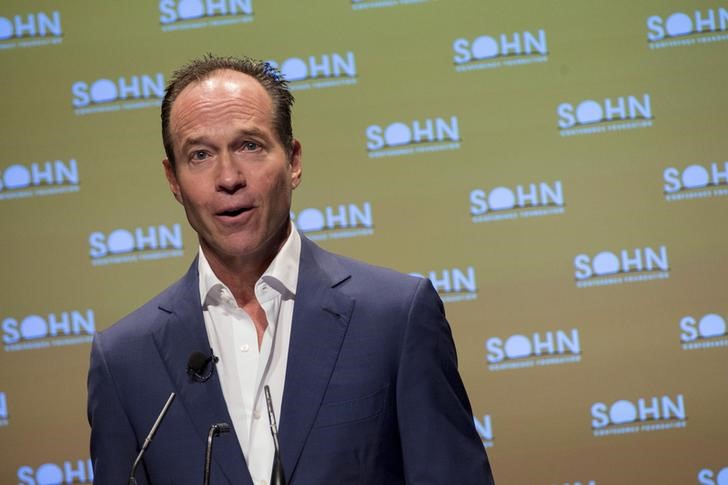 NEW YORK (Reuters) - Jana Partners LLC, founded by Barry Rosenstein, is shutting down two stock-picking hedge funds following losses and will focus instead on its main strategy of investing in a handful of companies and pushing management to improve their performance.

The New York-based firm, which managed $11 billion at its peak in 2015, will liquidate its Jana Partners and Jana Nirvana funds, the firm told its investors in a letter seen by Reuters.

Instead it will focus solely on its Jana Strategic Investment (JSI) fund, which manages $1.5 billion, and will also launch its Jana Impact Capital fund later this year, which will focus more on social activism.

"We will transform into a firm solely dedicated to our core competency of shareholder engagement," Rosenstein and his team said in the letter.

Investors in the funds that are being liquidated will be offered the chance to switch into the firm's activist funds.

"This is where we have delivered our best returns for investors, developed a real competitive advantage, made our mark on numerous industries, and where we see our future and the richest opportunity set," the letter said.

Since its founding in 2001, Jana Partners has cemented its reputation as one of the industry's so-called "celebrity activists" along with firms run by Carl Icahn, Daniel Loeb, William Ackman and Jeffrey Smith who are able to move stock prices by simply buying stock in a corporation.

It won board seats at Tiffany & Co and ConAgra Brands Inc and criticized Whole Foods Market Inc for the way it did business, helping push the grocer to sell itself to Amazon.com Inc.

Jana also persuaded chip maker Qualcomm Inc to cut costs and overhaul its compensation structure and last year it helped guide Pinnacle Foods towards a sale to ConAgra, walking away with an estimated $144 million profit.

Jana also managed two regular hedge funds that bet a company's stock would rise or fall without Rosenstein and his team actively engaging with management. Internally they were called the "broader passive investment strategy."

While those funds wowed investors with double-digit, market beating returns at the start of their life in 2001, recent returns have been disappointing. Last year Jana Partners fell roughly 8 percent while the market was off about 4.4 percent. And the fund has lagged the broader stock market every year since 2013.

Jana's decision to streamline its operations comes as hedge fund investors are losing patience with years of lackluster industry returns. Last year was especially bad, with the average stock-oriented hedge fund falling 7 percent, according to data from Hedge Fund Research.

Investors have told fund managers they want unique strategies that cannot be copied instead of standard long-short equity stock funds. In total, investors pulled $10 billion out of the roughly $3 trillion hedge fund industry in the first 10 months of 2018, data from eVestment show.

As Jana's regular hedge funds have languished, its activist strategy, which was launched in October 2010, has been quietly beating rivals, boasting an average return of 15 percent a year ahead of the S&P 500's comparable 11 percent return.

Among activists, some of which make vocal demands, Jana has a reputation for working collaboratively and often behind the scenes. It has run only one proxy contest.

David DiDomenico, who co-manages Jana's "passive investment strategy" with Rosenstein, will stay at the firm and Rosenstein will continue to co-manage the JSI fund with Scott Ostfeld.

Rosenstein traces his investing roots to private equity and he founded the firm in 2001 with an eye to push for better capital allocation and operational improvements in the public markets.

The JSI fund looks more like a private equity vehicle than a hedge fund, where investors lock money up for at least three years and send money when the firm is ready to make an investment. It also allows investors to size up their bets alongside the firm, giving Jana more firepower for its investments.